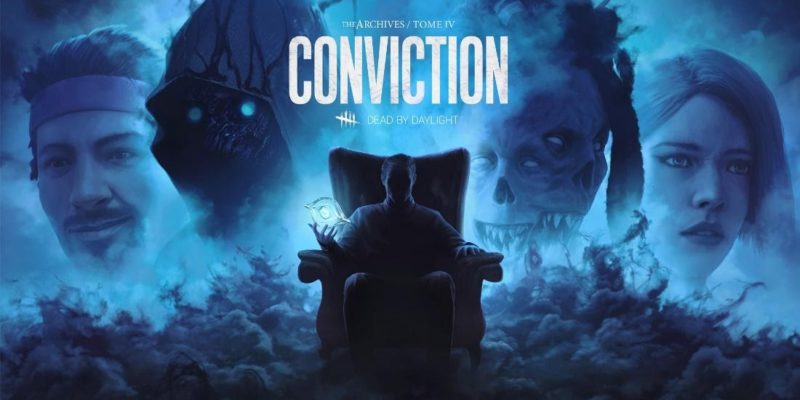 The Dead by Daylight Archive just received its latest content update in the form of Tome IV, titled Conviction. Developer Behaviour Interactive revealed that the new Tome will allow players to unlock memories from Meg Thomas, The Wraith, The Hag, and Ace Visconti. As with all new Tomes, there’s also a new Rift. Rifts allow Dead by Daylight players to unlock story-related cosmetics and charms for characters.

The Fog hides many secrets

The Archives are Dead by Daylight’s way of adding new fun and exciting content to the 1v4 multiplayer horror game. In the middle of every chapter, players can learn more about The Entity and The Observer through Tomes and time-limited Rifts. Completing Master Challenges will see you progress further through the Tome and its Rift.

The Tome has multiple levels to it. Each one has a new layout of The Observer’s Auris Web and will confront players with more Challenges, Lore Entries, Bloodpoints, and Rift Fragments.

The Dead by Daylight Tome IV Rift has two reward tracks – one free and one paid. Rifts are Dead by Daylight’s form of a battle pass. The free option allows players to unlock outfits from the Treacherous Waters Collection for the Doctor and David King. The premium track contains some unique outfits for the characters that Tome IV focuses on, as well as numerous charms. It also has an exclusive outfit from the Greek Legends Collection – The Goddess Queen outfit for Zarina Kassir.

To celebrate the release of Dead by Daylight Conviction, Behaviour Interactive launched a sale for the main characters Ace Visconti and The Hag. You can purchase the two characters for 30% less than their usual price between July 29 and August 5.

Behaviour Interactive also recently revealed that cross-progression for Dead by Daylight is in the works. Players will be able to share character progression and more between Steam, Nintendo Switch, and Google Stadia. However, there’s still no indication when this feature will be added.