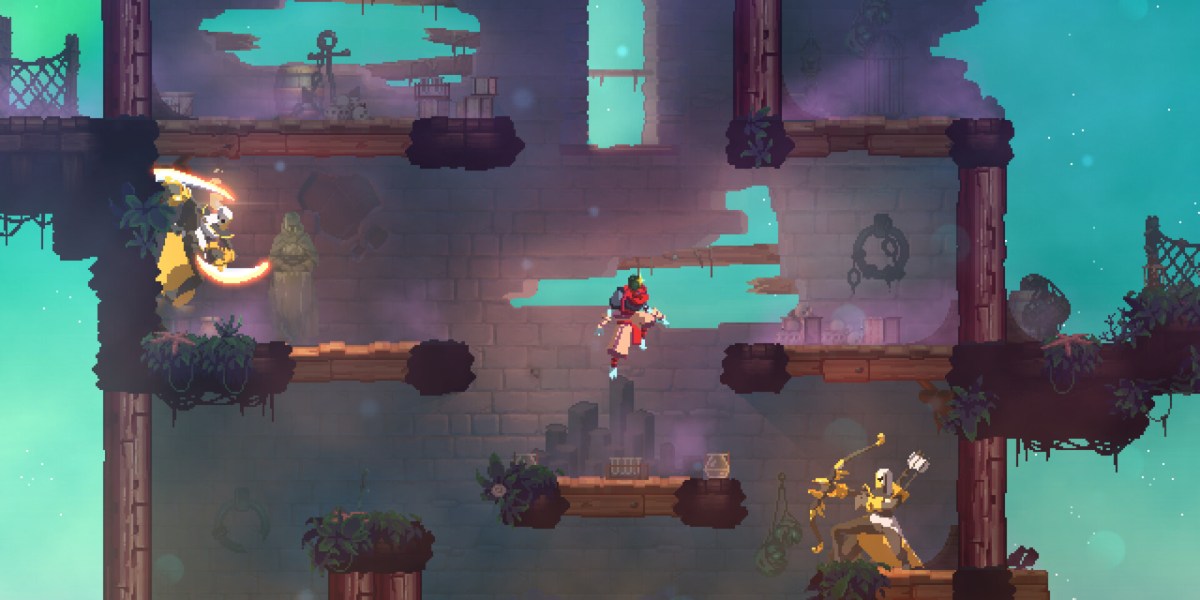 The bodies littering the floor of the “Everyone is Here” update aren’t even cold yet, but Motion Twin and Evil Empire are already teasing the next DLC coming to Dead Cells, The Queen and the Sea. The teaser takes the form of a trailer that showcases a boss enemy, presumably the Queen, as well as three of her assassin minions.

The release date for Dead Cells The Queen and the Sea DLC is early next year. We don’t know anything else about the timeframe. However, we do know that this will be the biggest DLC Dead Cells has ever received.

The Queen and the Sea will also bring an end to the route that began with the previous DLCs, The Bad Seed and Fatal Falls. If you can make it through the two new biomes outside the castle, one of which has a twist unlike anything else in Dead Cells, and you can defeat the new alternative final boss, The Queen, you will be able to enjoy an epic new ending to the game.

Motion Twin and Evil Empire said that there will be a lot of new goodies to help you not die too often. There are no details about these goodies yet, but they’ll be revealed soon. You will be able to purchase the Dead Cells The Queen and the Sea DLC for PC through Steam for just $4.99 USD.

If you missed the details of the “Everyone is Here” update, it brings items and outfits from six iconic indie games to Dead Cells. One item and one outfit have been added for each of the indie titles. The six titles are Blasphemous, Curse of the Dead Gods, Guacamelee, Hollow Knight, Hyper Light Drifter, and Skul.

You can unlock these new items in the Prisoners’ Quarters. And if you’d like to read about them in more detail, you can check out the patch notes on the Dead Cells website.