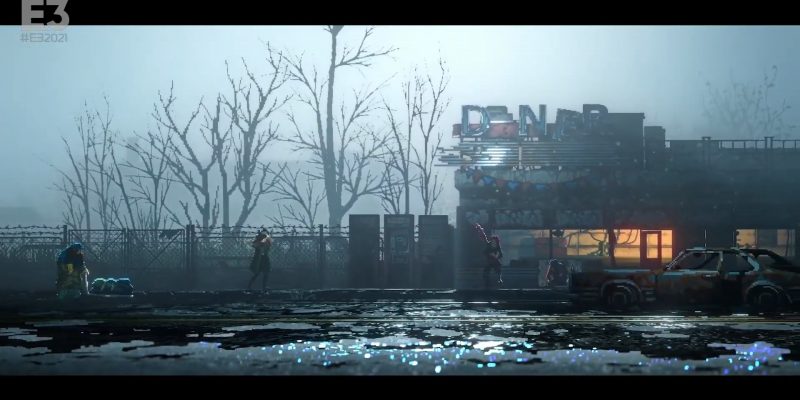 Keeping track of all the announcements and trailers of the Xbox and Bethesda E3 stream can prove difficult. So far, Microsoft’s show surpassed most of the others in terms of sheer volume, with numerous major titles announced in rapid succession. In the midst of all the chaos, however, one indie title stood out. Replaced, a cyberpunk action platformer, made a strong first impression with its gritty, stylish trailer. Some would reasonably call it the most impressive reveal of Microsoft’s showcase.

The trailer starts off with several lines of abstract code basked in an intimidating, reddish hue. Soon afterward, the trailer reveals the game’s striking, moody environments populated with pixelized characters. One scene shows the protagonist slowly walking through dilapidated streets in wintertime, while another reveals a fight against a wave of seemingly cybernetic opponents within a lavish mansion. The trailer demonstrates flowing, dynamic combat as well as deliberate climbing and platforming mechanics reminiscent of the cinematic platformers of old.

According to the Steam page, the player controls REACH, a character described as “an artificial intelligence trapped in a human body against its own will.” This AI aims to survive in a society ravaged by a nuclear disaster. Corrupt individuals rule the city in which the AI resides, and dangerous outlaws roam the streets. The story supposedly takes place in an alternate version of 1980s America, where the AI learns “that everything comes at a price.”

Replaced serves as developer Sad Cat Studios’ first major project, which may come as a shock to some. Given how impressive and polished the game looks, one could mistakenly believe the developers have been making games and perfecting their craft for years. Hopefully Replaced ends up as captivating as it appeared in its trailer. Players can expect to pick up the game sometime during 2022.