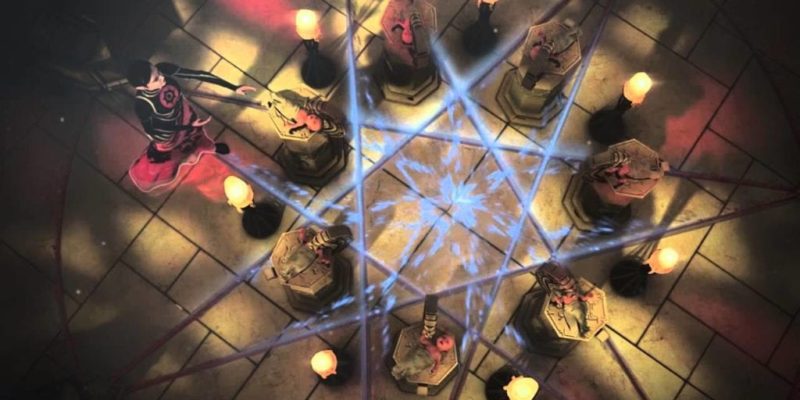 Look at those guys in the back just stood around refusing to help.

Tim refuses to advocate more giant spiders in games by writing about The Dark Eye – Demonicon, but I have no such ethical quibbles. Bring on the giant spiders, I say! Let giant spiders rain from the heavens until we are all engulfed in their wriggling, scuttling bodies. Well, ok, maybe that’s a bit much.

Demonicon will apparently tell “the tragic story of a brother and sister who become pawns of sinister forces in a world of cruelty and depravity,” and it’s going to do that in a third-person action RPG type way. What may also be of interest to Dark Eye fans is that events which take place in Demonicon will “become part of the universe’s history.” In other words, this game is canon.

Tim also informs me that the literal German translation for The Dark Eye system (Das Schwarze Auge) is “The Black Eye.” Use this information wisely, as you watch the GamesCom 2013 trailer below. The game is due in October.

Not(ch) in the mood: Minecraft dev explains situation with 0x010c

Neo-Confucian: Hate Plus is out on Steam right now