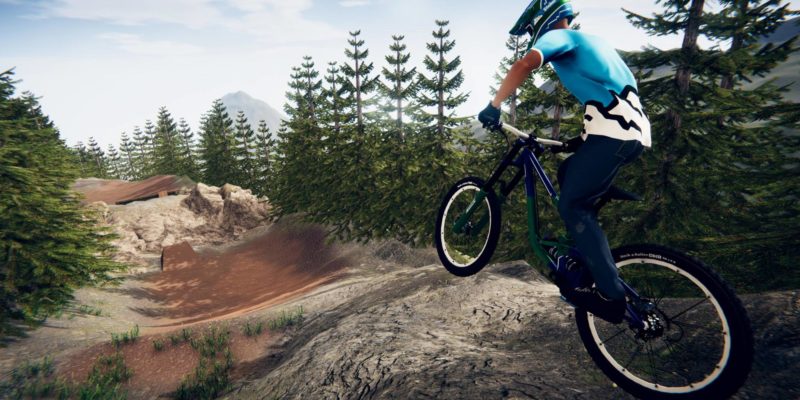 The very popular downhill mountain biking simulation Descenders is back at it again with another effort to attract new players. If the game has slipped under your radar or you’ve been looking for an excuse to give it a try, now is your chance. It’s currently being offered to Steam users for free for the next two days (as of the time of writing). That’s now until February 29, 2020. Additionally, if you’re convinced enough, you can nab Descenders for a real spot in your library for $14.99.

Descenders offers procedurally-generated tracks that challenge you to chain together fluid tricks as you hurtle down the side of tall hills. There are jumps, flips, spins, ramps, and serpentines to conquer. There’s also a wide array of community-made tracks that will really test your metal. This title is all about style and survival.

Additionally, a new update has recently rolled out to the game which adds in a Bike Park section. This new section contains “Rosie’s handcrafted maps…as well as the immensely popular Stoker Bike Park by Spe.”

Both of these are modders whose levels have become popular enough for the dev team at RageSquid to include them into the base game. More is expected to be added as time goes on. Descenders is being continuously updated with new content from both the developers and also the community, so check back into the game often to see what new goodies have been patched in.

Descenders is also available via Xbox Game Pass. Although also on PC, this version of the game is slightly different. The dev team that the aforementioned update will be added into that version “very soon”. Keep in mind that the free weekend and 40% discount applies only to the Steam version of Descenders, not what you’ll find over on the Microsoft Store.