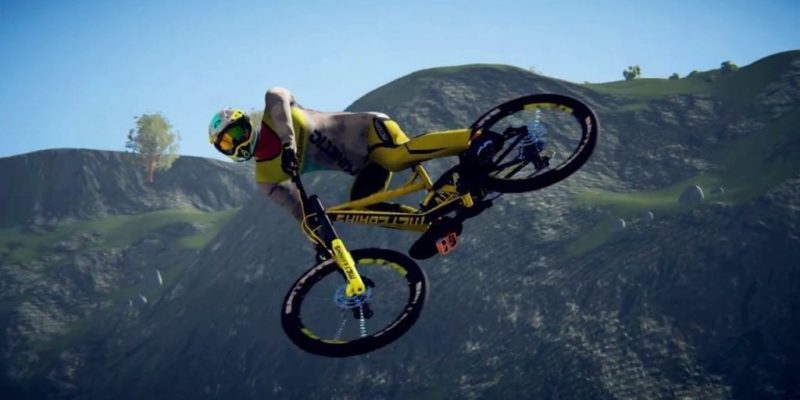 RageSquid’s Descenders has been around for a good chunk of time now but as an Early Access title. Finally, today on May 7, 2019, the game is releasing completely as Descenders 1.0. This full release is backed up by a wealth of features that the game has amassed over the year that it has been in early access.

The big new feature of the full release is full online multiplayer. Now, riders can take on the game’s vast amount of levels together in downhill two-wheeled chaos. Speaking of levels, the full release promises there being “twice as many worlds and levels to explore”, with their being “over 8 billion” levels in total across “nine unique worlds”. In addition to all the places where you can now take your bike, keep in mind that you can also tune and customize your bike (and of course your rider, too). There are various bikes, kits, accessories and mutators to unlock in order for you to really personalize the experience.

Being a physics-based racing simulator, Descenders is all about skill and finesse. Its procedurally-generated levels can really put a beating on you if you’re not careful. So, expect to smack the ground a lot during your first few hours. If you’ve learned how to ride a bike in real life before, then you should already know what that feels like. But, I’m hoping your first few rides weren’t hurtling down a mountain side at speeds typically achieved by cars and vaulting over gaps that span a couple hundred feet. That would definitely be the epitome of “throwing you off into the deep end”, and can probably also be considered premeditated murder on the count of your parents/guardians. Anyway, here’s a look at all the new action the full release of Descenders has to offer in its 1.0 launch trailer:

Descenders is available now on Steam and also Xbox One for $24.99. Game Pass subscribers can immediately start playing (though this isn’t a part of the Game Pass line-up on Windows 10, unfortunately).