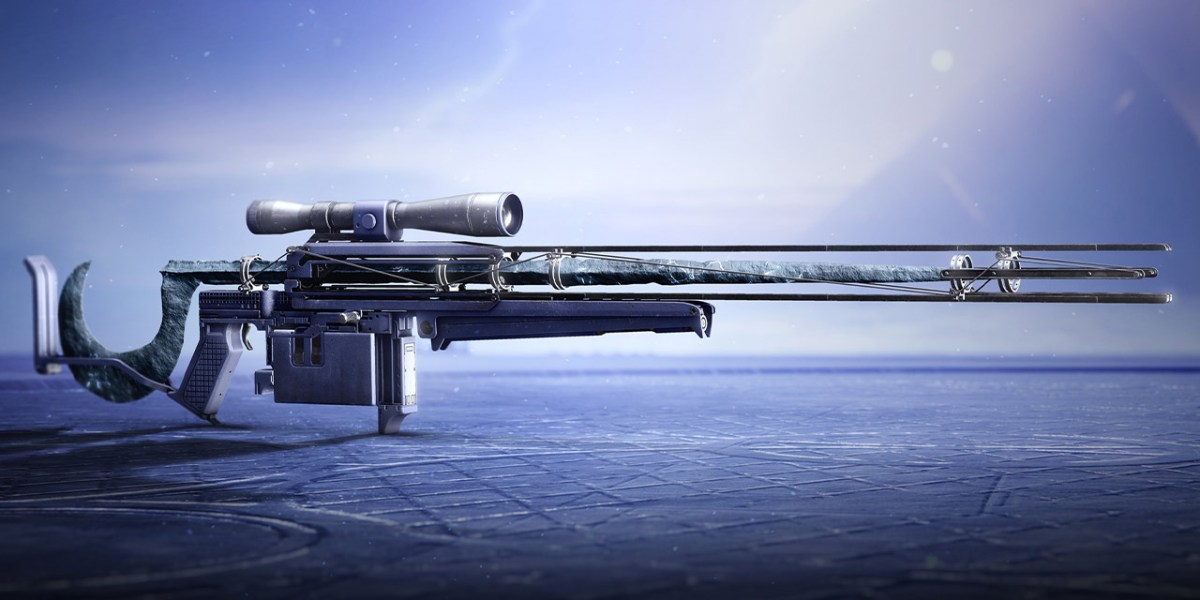 Cloudstrike is a new exotic sniper rifle that’s part of Destiny 2: Beyond Light. While you’re trying to obtain it, you’re likely completing the steps to unlock Master Empire Hunts and elected difficulty as well. Here’s our guide to help you out.

Destiny 2: Beyond Light – Getting the Cloudstrike exotic sniper rifle

For the sake of clarity, you can consider this guide as a companion piece for two other Destiny 2: Beyond Light articles that we have:

Now, let’s say that you’re already familiar with the content, you’ll want to speak with the Exo Stranger on Europa. She’s got a quest called “A Hard Rain Falls.” After getting this part done, you’ll get the High Albedo sidearm. Anyway, speak with Variks to get a weekly quest that has to be done in an Empire Hunt. This usually coincides with the Empire Hunt that’s in the Europa Eclipsed Zone (i.e., Dark Priestess if it’s Eventide Ruins). Likewise, you’ll notice that Variks’ other Sabotage quests have become available. Some might appear as a question mark, but that’s fine since you’ll be able to unlock the requirements for these later.

In any case, while you do have several Sabotage quests/perks that you can grab, the ones you want to focus on to unlock elected difficulty for Empire Hunts are the following: 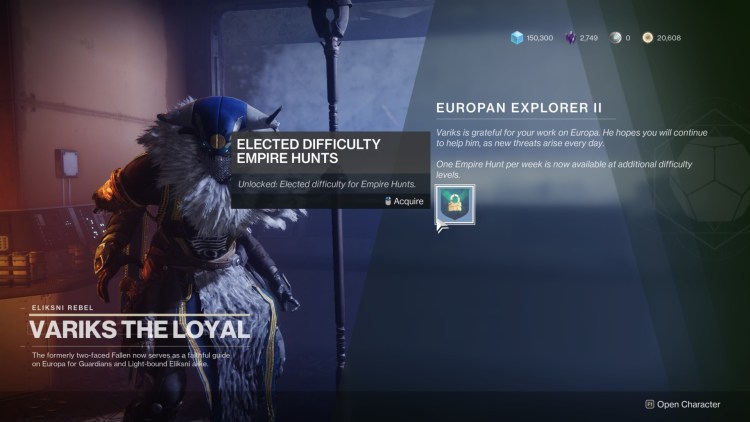 After you’ve unlocked Europan Explorer II, go ahead and look at Europa’s map once more.

You’ll notice an icon for the Empire Hunt. It’s even got elected difficulty like Nightfalls and Nightmare Hunts. 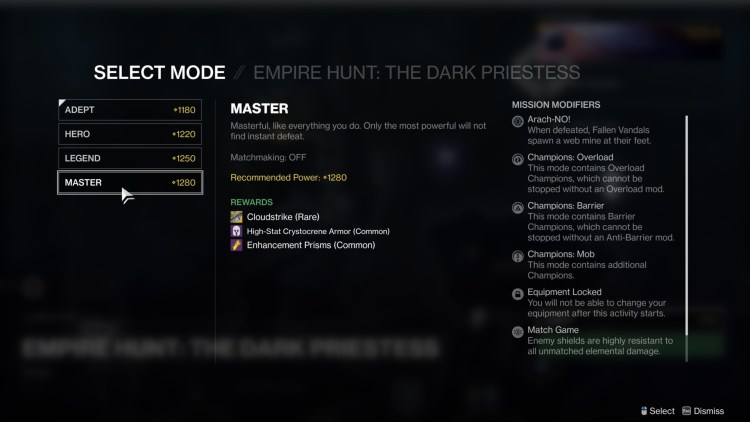 Another thing you’ll notice is that the Cloudstrike appears as a reward. The Cloudstrike is a random drop and, as far as I know, the drop rate isn’t affected by the elected difficulty or the rating. I don’t believe killing all the champions and getting Platinum would help. As such, it’s just plain randomness, so make sure you pray to the RNG gods.

Note: Elected difficulty no longer requires you to run the bounty/event tasks anymore. You start the activity immediately. 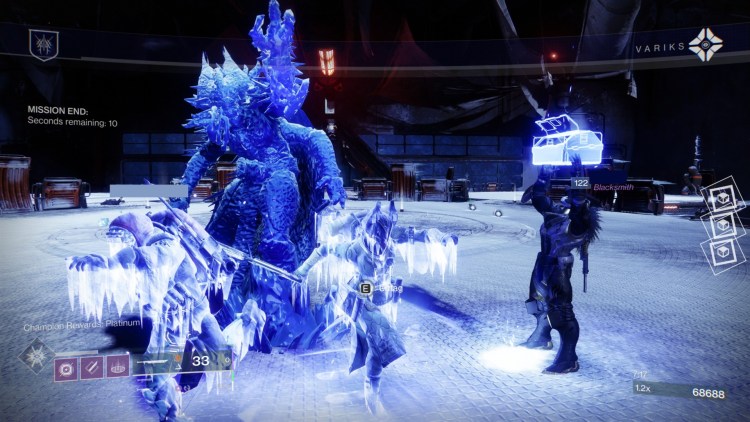 Cloudstrike uses the Arc element and it has the following perks:

At a glance, Cloudstrike doesn’t seem too viable for high-end content or PvP. It’s unlikely that too many Guardians will bunch up together all the time for Mortal Polarity’s lightning strike from a precision kill. Still, the Stormbringer perk might net you some extra DPS if you’re hitting the same target’s crit spot multiple times (i.e., while fighting a boss), though there are better options.

Without a doubt, there are definitely better exotics in Destiny 2: Beyond Light such as the Eyes of Tomorrow and The Lament. But, if you want something snazzy and flashy to show off, then the Cloudstrike might be something you’re keen in grabbing. You can check the gameplay video below from YouTuber Aztecross: