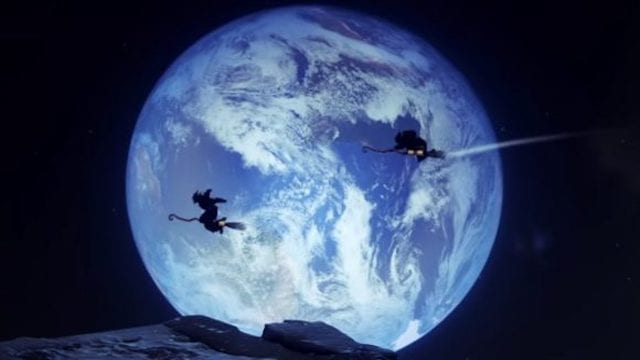 Just because Bungie has been busy with updating its new Shadowkeep expansion for Destiny 2 doesn’t mean it’s forgotten how to trick or treat. Right on time for Halloween, the developer has announced the return of the Festival of the Lost. The event kicks off tomorrow, October 29, and will be open to all players of Destiny 2.

Based on the event’s trailer, fans are in for some real ghoulish delights. These include being able to ride around on witch’s brooms, as well as dressing up in a number of skins.

What’s in store for the Festival of the Lost?

The new skins include some weird neon outfits that look like they’d be right at home in the world of Tron (well, Tron mixed with The Nightmare Before Christmas, maybe). In addition, according to the narrator, there will be lots of candy and dancing.

But the real “treat”? That would be the Braytech Werewolf, a new gun that’s available for a minimum of 950 power. There also appears to be a huge boss battle on the horizon, along with other creatures that go bump in the night.

The Festival of the Lost has been an almost-yearly event for the Bungie game. It started off back in 2015 and has continued each year, save for 2017. Last year was a real hit with fans, so this year’s Festival should be better than ever. Not to mention the bounty of new masks and emblems that will be available, along with the Braytech Werewolf.

There’s no end date for the Festival of the Lost as of this point, so it’s likely to continue on past Halloween. We’ll let you know as soon as more details are available. In the meantime, gear up, Destiny 2 fans. You’re in for some real hocus pocus over the next few days.

Destiny 2: Shadowkeep is available now for PC, PlayStation 4, and Xbox One.