At last, it’s confirmed that Deus Ex Universe will feature people with hair in it. This is actually a stealth TressFX story, but I suppose there’s a chance it’ll lead to more images from the next Deus Ex game being released.

Basically, Eidos Montreal and AMD are teaming up for a Game Developers Conference (GDC) talk under the heading “Augmented Hair in Deus Ex Universe projects: TressFX 3.0”. You remember the original TressFX, of course. It was the AMD-pioneered system that made Lara Croft’s hair look all loose and floppy in Tomb Raider. Assuming you had a good enough AMD card, because that effect was not happy on Nvidia technology.

Hopefully this 3.0 version will work a bit better across all GPUs, and gives everyone in Deus Ex Universe (or whatever the first game from that “project” ends up being called) lovely barnets.

According to the talk blurb, they’ll be demonstrating “… how Eidos graphics engineers built upon TressFX to break new grounds and deliver a realistic and scalable hair solution in the Dawn Engine for PC and consoles.” You can also expect “the latest TressFX 3.0 advancements from AMD, including skinning and fur support, an open source Maya plugin, and new rendering options for optimum scalability.” 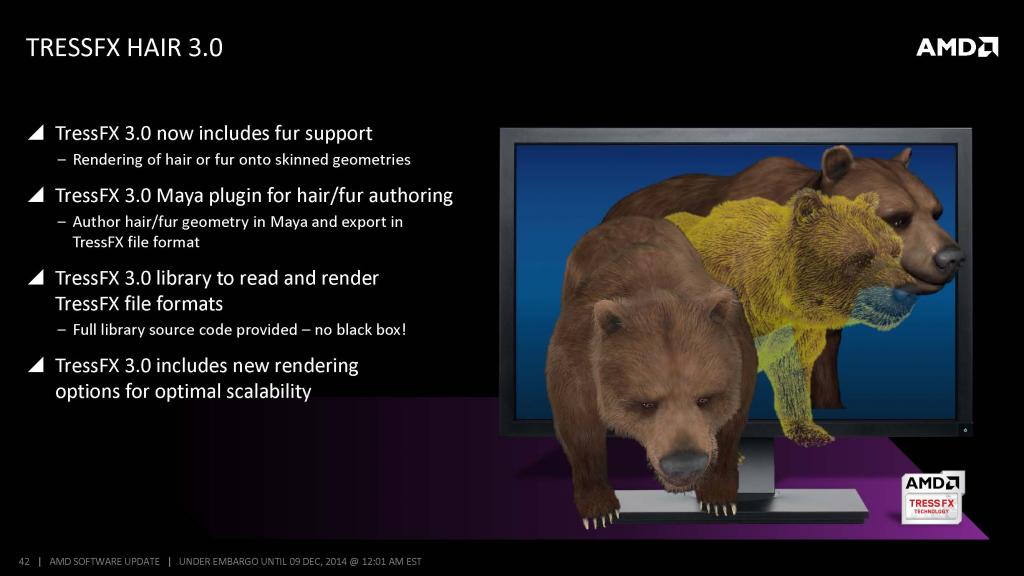 I’m not even wearing VR, but it’s coming right out of the screen! … sort of

Judging by the AMD image above, that’s something to do with bears. Still, tangential new information about the Dawn Engine could be interesting.

Shelter 2 being released into the internet wilds in March

Watch the making of Homeworld Remastered