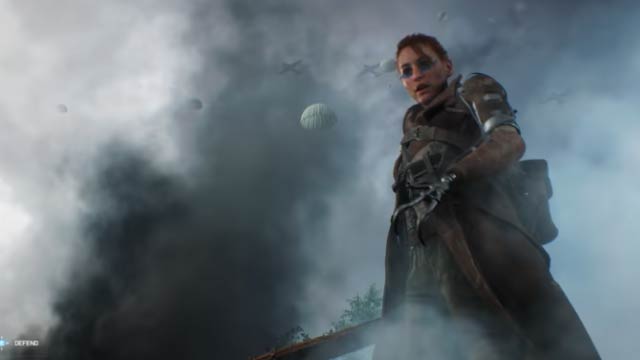 Last night’s Battlefield V trailer caused quite a stir but not the reasons you would expect. A segment of Battlefield fans were appalled to see a women soldier fighting in the trailer complaining that it was not realistic or authentic. They were even complaining about the “cybernetic limb” which was in fact a prosthetic limb and these do actually exist believe it or not.

Battlefield V’s executive producer was quick out the blocks this morning with a response to the complaints which makes it clear the game has to be fun before being authentic.

We will always put fun over authentic 🙂 https://t.co/JGLfZh7CfO

I’ll admit I was disappointed to see the comments appear following the trailer and it highlighted how uneducated about WW2 some gamers actually are. A lot of what they know appears to be from movies or other games. The same people complaining about authenticity are the same people not concerned they could jump in and out of planes as they flew past or used syringes to revive fallen soldiers in previous games.

Most of the complaints have been about the inclusion of female soldiers. I mentioned this last night in my recap of the reveal so I’ll post that again here.

Women played an active role in WW2, especially in the Soviet army and French resistance. The Soviets did allow women in front-line roles. Women also crewed searchlights, antiaircraft guns, and played a part in intelligence and sabotage dropping behind enemy lines (SOE), worked as mechanics, nurses, building the war effort, and more. They played a huge role and it’s disappointing to see gamers today get annoyed by a game trailer featuring women. If it had not been for the women, the allies would have struggled to win the war and everyone should be thankful for their efforts. It’s extremely fitting they are represented in the game.

There are lots of amusing comments appearing this morning taking a pop at the people complaining about Battlefield V but this was one of the more amusing from games journalist Chris Schilling.

Realism has never really been what Battlefield is about as you can see from these excellent clips.

"It's, like, not even about the history anymore" pic.twitter.com/4GoYrXuTTJ

I’m not sure at what point gamers started to moan about the most ridiculous things but they need to get a grip.

All the Battlefield V details revealed