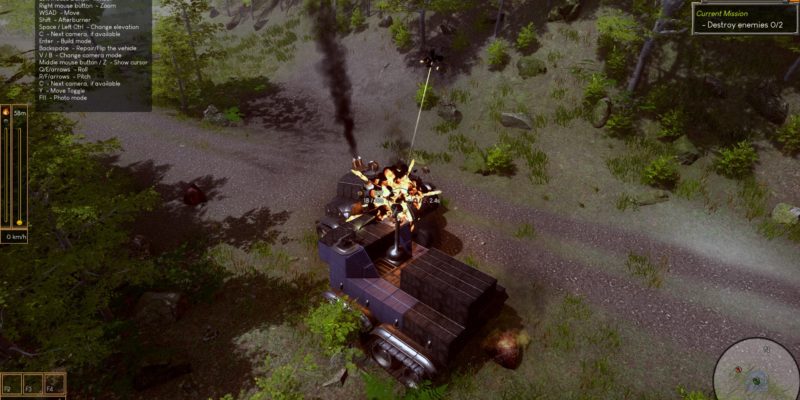 Who doesn’t like building vehicles? What’s that? Lots of people? And I’m included?! Dieselpunk Wars is a new game about building death machines. It currently has campaign content and sandbox modes for all-purpose screwing around. Plus it’s got extensive tutorials that do a fairly good job of explaining all of the game’s mechanics and features. But the question stands: is it worth it?

The Dieselpunk Wars campaign does in fact have some text that ferries you forward, but don’t expect some big, dramatic story here. Which is good, because that would be completely undesirable in a game like this. If anything, the campaign is more like a post-tutorial tutorial that continues to teach you the finer mechanics. Mostly, it’s a checklist of things you do that will grant you experience points upon completion. These tell you to go from point A to point B, kill all the enemies, or upgrade your vehicle with certain components.

I noticed a few problems in the early campaign of Dieselpunk Wars, though. The most glaring of these is that the vehicle controls aren’t all that great. It’s extremely easy to get stuck while driving. For instance, there’s a cave you can drive through in the beginning. But you shouldn’t, because actually making it through to the other side is a crapshoot. I had to drive over the top and drop down. But then my vehicle couldn’t make it over the very top and I had to carefully finagle it until it tipped over. Thankfully, it landed on a spawn point that allowed me to reset right there.

The other big problem is that combat is simply poor. Since moving is so cumbersome, actually aiming while moving doesn’t work too well, and there’s a long cooldown between firing your weapons. Luckily, the AI gets stuck as easily as the player does. I won a fight solely because the AI flipped over and I slowly shot it to death over a period of minutes. 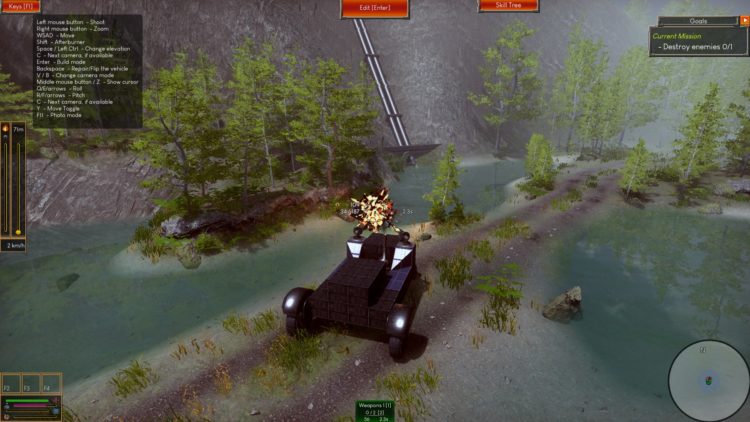 But how’s the building? It’s pretty solid, actually. I’m not the visually creative type, but the basics of Dieselpunk Wars are relatively easy to grasp, and the tutorials hold your hand through the whole process. There are different types of armor, engines, and methods of propulsion available. Vehicles can be built to operate on land, in the sky, or in water, although figuring out how to build something that functions as a boat without the front tipping over is easier said than done. But there are a lot of options here that fans of this sort of thing might enjoy.

Then there’s the fact that you can spawn a whole bunch of vehicles on a map and have them fight to the death. You can throw in a ton, too, if you’re into the spectator aspect. The vehicles break apart in a way reminiscent of Legos, which I found entertaining. Seeing a burnt piece of something fly off from a successful attack works rather nicely. Although, Dieselpunk Wars’ graphics are extremely dated to the point that the game could pass for something that came out in the 00s.

Dieselpunk Wars is kind of janky and has a bit of a learning curve, plus some poor combat. But it’s also fun and creative. Plus, at $15 you can get a lot of bang for your buck. Is it worth it? If you like building vehicles and don’t mind some clunk, it’s not a bad buy at all. 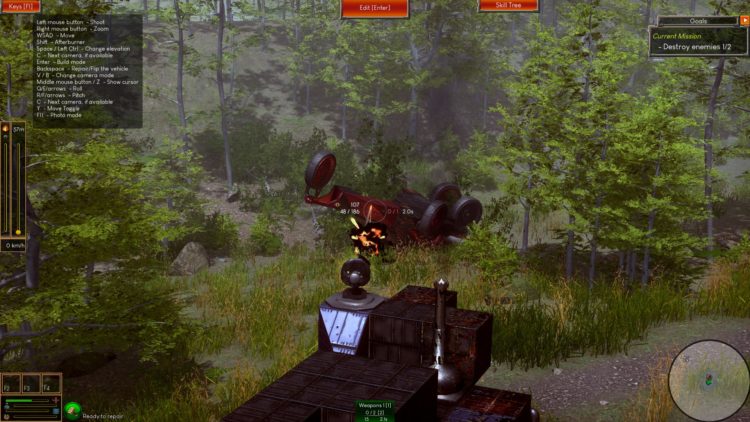 New Cyberpunk 2077 specs have been revealed, and they’re impressive

Tetris: The Movie details released, not as stupid as it sounds