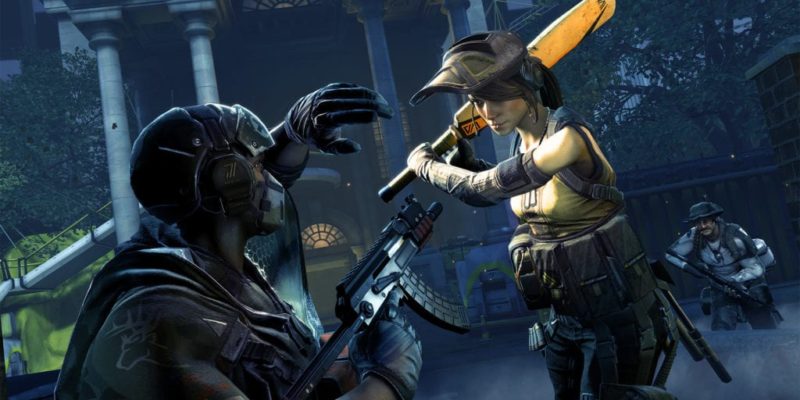 Splash Damage’s Dirty Bomb has exploded all over Steam, and you can wander into the blast radius for free. By which I mean it’s now in open beta, so you can try it out for free.

Dirty Bomb is Splash Damage’s (Enemy Territory: Quake Wars, Brink) latest attempt at a team-based multiplayer FPS. It pits two teams – ranging from 5v5 to 8v8 – against each other in an abandoned, disaster-stricken London, across an initial pair of multiplayer modes. Rather than classes, players pick an individual merc, each of whom has a variety of load-outs to allow for different styles of play.

You can play now for free, or pick up the £22.99 Ultimate Starter Pack, which contains five Mercs, two Elite Loadout cases, and 50,000 in-game credits that you can spend on Loadout Cards or save for the next Merc to the released.

I think Paul is having a look at Dirty Bomb at the moment, so we’ll hopefully have some thoughts up later this week.