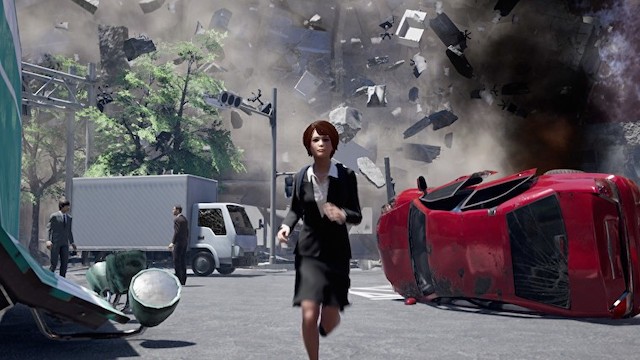 If you’re ready to survive a devastating earthquake — and maybe help others — then Disaster Report 4: Summer Memories is for you. NIS America confirmed today that the game will make its way to PC on April 7, along with PlayStation 4 and Nintendo Switch. It marks the first major release for the series in the U.S. in quite some time.

Can you survive the disaster that awaits you?

The day starts out like any other day, with your game character visiting the city for a job opportunity. But soon enough, an earthquake breaks out, and you’ll need to make your way through the ruins.

Over the course of Disaster Report 4, you’ll need to keep an eye on your injuries, as well as stay fed and hydrated enough. But there are other calamitous events to recover from, as the earthquake is apparently just the beginning. Other characters appear and offer their own back stories, some of which actually require help from you. It’s your choice whom you want to help and what kind of resources you’ll have to give up to do so.

The game will feature a standard release for PC. However, for those that really want to show off their fandom, each console version will also have a special limited edition. These include a copy of the game, an official soundtrack, a novelty “emergency” backpack, an identification tag, and a novelty “First Aid” Collector’s box. (No word yet if the PC version will get such an edition, but it’s probably not likely.)

Disaster Report 4: Summer Memories’ Steam page is up and running, if you want to go ahead and add the game to your wishlist. Prepare yourself, though. This is one disaster that isn’t going to be easy to walk away from.

Check out the game’s new trailer above and prepare for summer memories!