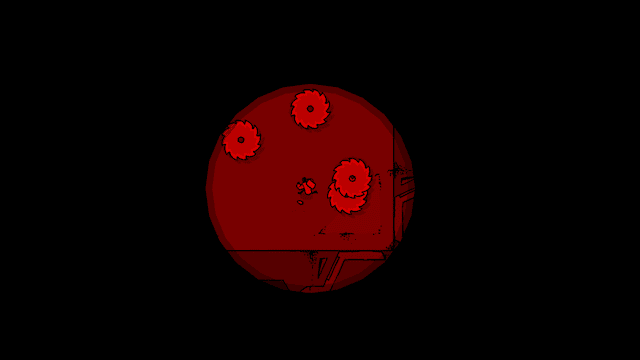 Devolver Digital just revealed one of its big surprises for PAX East this week, and it’s bringing its own deadly spin to the proceedings. The title is called Disc Room, and it comes from Jan Willem Nijman and Kitty Calis, who previously worked on Minit. It’s a game requiring dexterity and skill, where one wrong move will make you sliced sashimi.

Set to debut sometime this year, the game takes place in the future, in the year 2089. A giant disc has appeared around Jupiter’s orbit, with many scientists trying to figure out its purpose. You’re a member of that team, venturing your way onto the disc and finding it filled with deadly surprises.

No Room for error

Over the course of the game, Disc Room will take you through a number of stages filled with spinning blades. You’ll need to work through a variety of interconnected death chambers while avoiding the super-smart discs. The further you get, the more complex the rooms become — and the thinner your chances of survival are.

But there’s actually some reward from death in Disc Room. Each time you die, you come back with new abilities that can help you get through the game. These include an invincible dash, the ability to bend time to your will, and even the option to create clones. You’ll use each of these to try to reach the exit the next time around.

The game will make its playable debut at PAX East this week. Those that want to give it a try can stop by Devolver Digital. Again, the game will arrive sometime this year, and you can go ahead and wishlist it on Steam.

Check out the trailer below to get an idea of what your skills are. In Disc Room, you’ll want them to be as, ahem, sharp as possible.