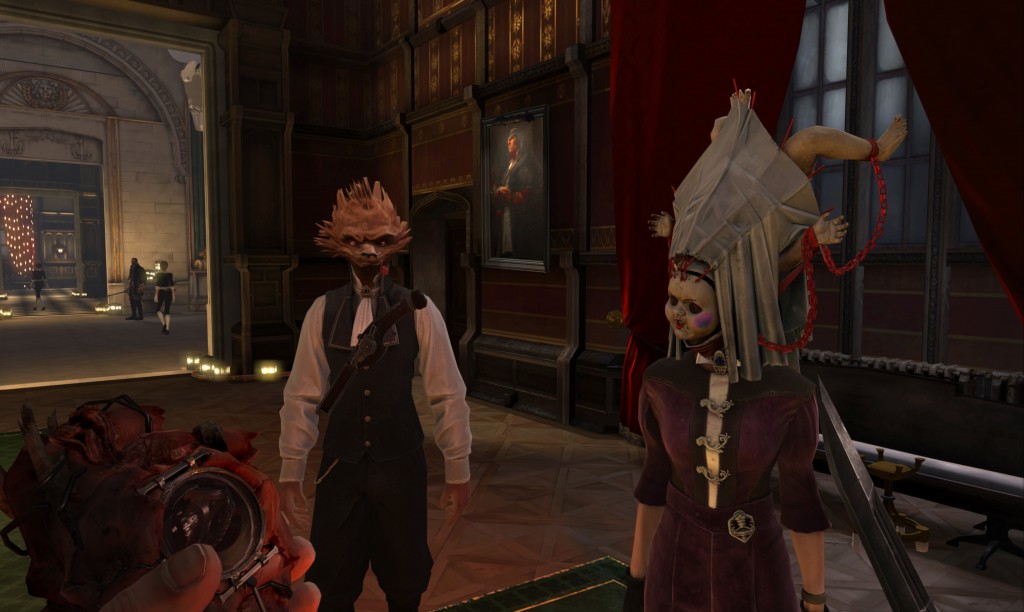 When considering what kind of hat to wear to a fancy party in a posh part of town, do you opt for (a) basic top hat, playing it safe (b) no hat, hats are stupid or (c) a hat in the shape of a huge upside down evil baby. If you chose (c), then I guess you live in the world of Dishonored where such things appear to be commonplace.

These are the latest images from the game to be released (thanks to Bethesda’s QuakeCon event) and they largely appear to focus on a mission that’ll see Corvo breaking into the Boyle residence and gatecrashing a party. No doubt there’s someone here you need to assassinate; but will it be the baby-headed lady, the chap dressed like a boggart or the woman who loves the hell out of the colour red?

Find out, when the game is released in October for PC, Xbox 360 and PS3. Read our E3 preview of the game, here.