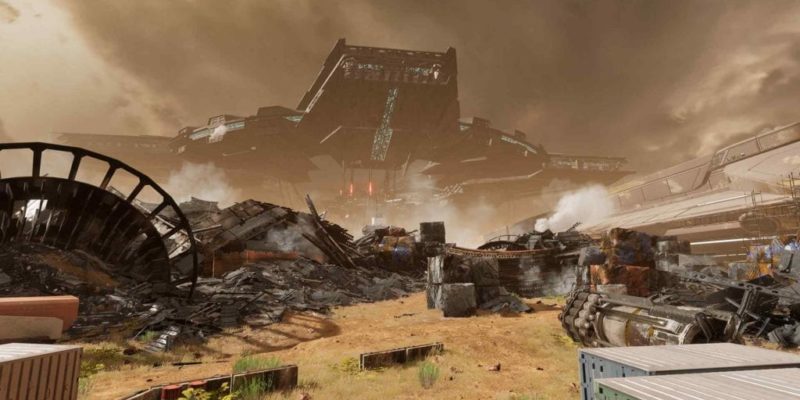 Disintegration mashes different genres into one big action game. On the one hand, it’s a first person-shooter, where players control a flying gravcycle equipped with a variety of weapons and abilities. On top of that, players control a group of ground troops like in a strategy game but are deployed similarly to grenades in a shooter. The two gameplay mechanics are blended together in a game that features themed crews that include robotic samurai, malicious clowns, medieval knights, and more. The concept originates with Halo co-creator Marcus Lehto. 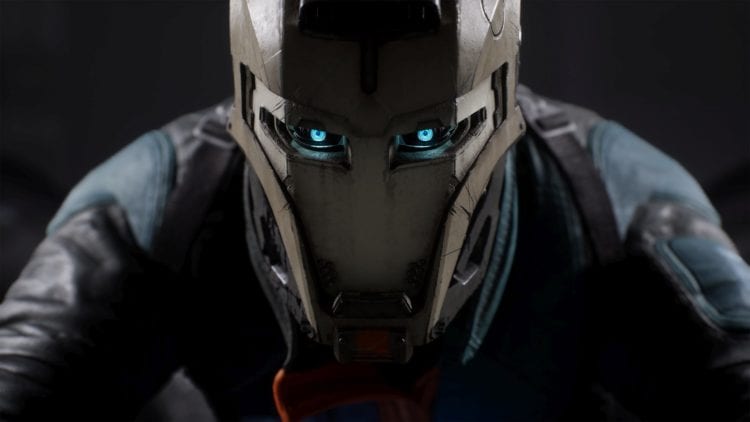 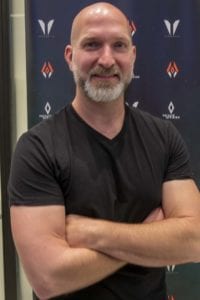 Marcus Lehto, creative director and president of V1 Interactive, began prototyping Disintegration as a real-time strategy game six years ago. However, the game began to evolve into something different. That’s when the strategic overhead camera turned into the player’s view, and why directing the troops is essential to succeeding in the game. For instance, in the Retrieval multiplayer mode, which is similar to Capture the Flag, only the troops are able to pick up and move the power cores. They can also be used offensively to attack other players and their troops.

Lehto likened the experience of working on Disintegration to developing the first Halo game in the early ’90s and 2000s alongside Jason Jones and a team of about 30 to 40 people.

“It’s very similar in that we weren’t sure if we were making a hit or not, or if all the gameplay mechanics were perfect,” he said. “We listened to the community, which was a huge part of what made Halo successful. We’re already finding a community starting to evolve around Disintegration.” 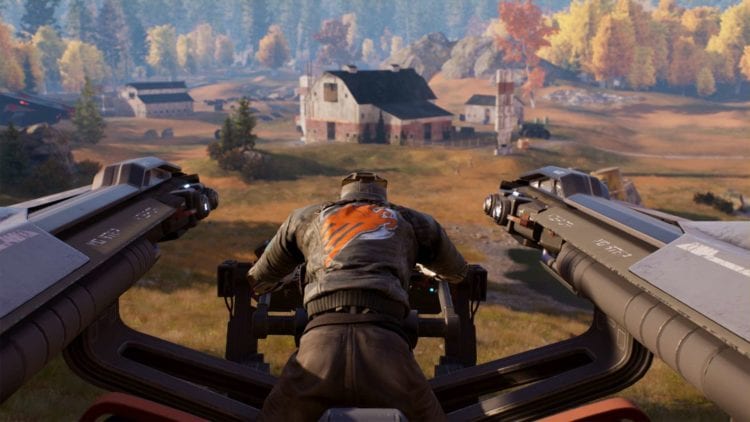 Partway into developing the prototype, V1 Interactive realized that the gameplay didn’t stand out enough from other real-time strategy games. Then Lehto had the idea of turning the players into vehicles, and that’s when Disintegration truly began to take shape.

According to Lehto, a key focus was on creating a brand new kind of game mechanics compared to those of other first-person shooters. In many ways, Disintegration allows players to slow down and take moments to think tactically during combat in both competitive multiplayer or in the single-player campaign. The campaign will emphasize this pacing even more so by offering different avenues of approach to various situations. That will give players a chance to explore the world and learn more about the lore behind it.

The campaign will be single-player only, with a set of missions, stories, cinematics, characters, and more. Lehto explained that the narrative takes place in a not-too-distant future where a catastrophe has forced the people of the world to transplant their brains into robotic bodies. This allows them to survive until whatever is wrong with the world is fixed, at which point they’ll return to organic forms.

Lehto emphasized that these are normal people, not soldiers trained for combat. But whatever is up with the planet, it’s not going away anytime soon. So, these people break into themed trips, or crews, that reflect their common interests. These include the insane clown Sideshow, medieval knights called the King’s Guard, a futuristic motorcycle gang with a neon ’80s vibe, and others. It’s all a bit crazy and over the top, but it’s likely that way by design.

“I really wanted multiplayer to have a sense of humor to it – fun and whimsy, so it’s not so serious,” said Lehto. 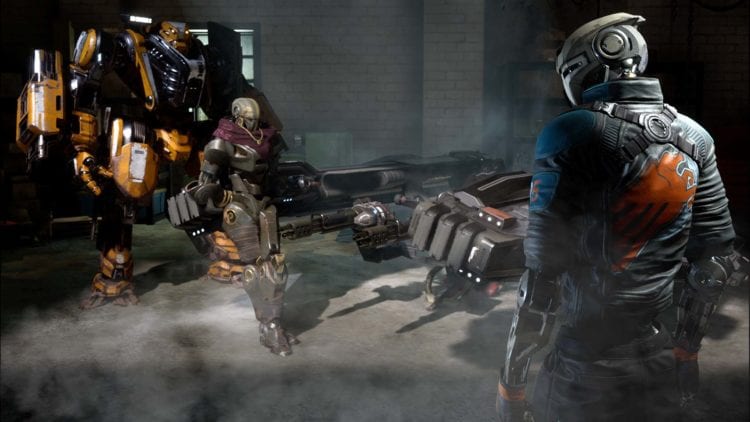 He added that although these aren’t necessarily soldiers, the crews have combat roles.

Disintegration will feature a fully fleshed out campaign that will explain how all these crews relate to each other. Lehto said that, for now, V1 Interactive is giving equal priority to developing both a deep single-player campaign and a satisfying multiplayer experience. At launch, the game will include nine crews and three multiplayer modes. After the game launches, development focus will shift more heavily toward multiplayer with additional crews, game modes, maps, and more added later.

Multiplayer currently supports 5v5 matches, which was found to be the “sweet spot” for crew composition and player pacing. It gives just enough breathing room for teams to coordinate with each other and spread out. According to Lehto, things become significantly more intense when matches are trimmed to 2v2 or 3v3, but Disintegration will support those modes.

Shaking up the first-person shooter genre

It took Lehto and his team an entire year to work out the core mechanics of Disintegration, sorting out the parts that worked from what didn’t. Although V1 Interactive didn’t initially set out to make a kind of first-person shooter / real-time strategy hybrid, they followed where the developmental process took them.

At the same time, creating a truly unique game comes with a host of challenges. Not having a game that quite compares to Disintegration means that there aren’t any examples for the studio to follow – either as a model for success or to avoid critical pitfalls. V1 Interactive has to figure everything out on their own.

Disintegration is expected to launch sometime in 2020 for PC, Xbox One, and PlayStation 4.

Felix the Reaper review for PC — Death and puzzles