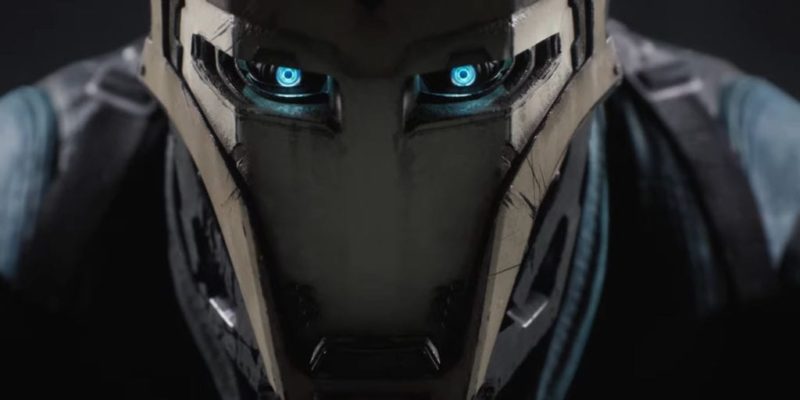 Disintegration has finally been unveiled for the first time. A gameplay trailer was shown earlier today during the Opening Night Live show at Gamescom 2019. The trailer was about what we expected following the report last week. Disintegration is a squad-based shooter where you command a ragtag group of humans who had their brains planted into robot bodies. You ride behind your team in a floating gravcycle, issuing orders to your troops while getting some action yourself. The game will release to PC sometime next year.

In addition to the trailer, we have more information on the game. In the cyberpunk-inspired world, human brains are surgically implanted into machinery through a process called “integration.” It was an act of desperation, as a contagion had ravaged humanity, leading many to integrate in order to survive. However, this created a divide between humans and modified humans, resulting in a civil war. In the game, you play as one of the latter, Romar Shoal. A pilot who transformed a search-and-rescue gravcycle into a weapon of war, Shoal and his team fight against a new enemy: the Rayonne. The Rayonne is capturing remaining humans, integrating against their will.

Disintegration plays in first person, but you’re not the only one fighting. As mentioned, the game is squad based, where your job is also to lead your team through fights. You float above the battlefield on your gravcycle, issuing commands and assisting your team with additional firepower. We see an example in the trailer, where the player tells his units where to go and what to attack. If you understand the basics of squad-based combat, Disintegration probably won’t hold too many surprises.

Besides a 12-hour campaign, Disintegration will include other game modes. The game will have three multiplayer modes. However, it won’t be a group of people fighting each other on gravcycles. You choose one of many crews, each with their own loadouts and combat roles.

“Disintegration is not your standard first-person shooter and it will challenge how you approach the battlespace,” said Marcus Lehto, president and game director at V1 Interactive. “You will explore a world forever changed by an ongoing global conflict. The only way to save life as we know it is by making strategic decisions in every firefight, both as an armed Gravcycle pilot and as the commander of your crew.”

Disintegration will release to PC some time in 2020.

Launch drones from your chopper in the next Comanche game