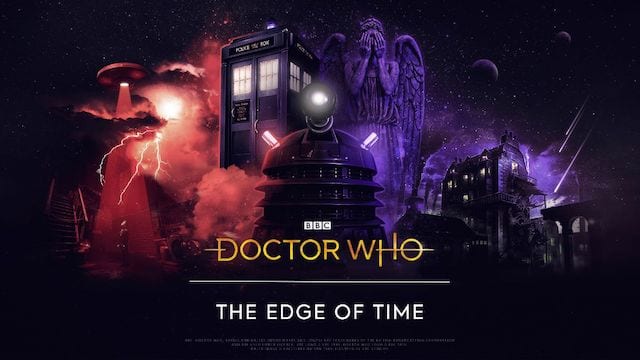 For those of you who have ever wanted to portray Doctor Who, you’re about to get your chance. Today, PlayStack, alongside the developers at Maze Theory, announced a release date for the virtual reality game Doctor Who: The Edge of Time. It’s set to arrive on November 12. It’ll be available for different formats across the board, including Oculus Quest, HTC Vive, and Oculus Rift.

The game puts you in control of the good Doctor — played by actress Jodie Whitaker — as you solve puzzles across the universe. It’s got a fair mixture of action, adventure, and sci-fi spread across a single player journey. Fans can use the sonic screwdriver to solve intricate puzzles, encounter familiar enemies, and more.

So what’s The Edge of Time about?

The story will revolve around Doctor Who attempting to “save reality” across time and space, with a “dangerous universe full of challenges.” It features visuals inspired by the series and also includes talents from the show. Whitaker plays the latest iteration of the Doctor, and Nicholas Briggs will voice the Daleks.

The story for Doctor Who: The Edge of Time was written by Doctor Who alumnus Gavin Collinson, who serves as a digital producer for the show.

The gameplay trailer, released earlier this month, gives players a good idea of what to expect. It truly immerses players into the world of the hit series, complete with a unique hands-on approach. Check it out below.

Those interested in preordering the game can at least follow its development on Steam. While it doesn’t have an official price point set, it’s likely to be somewhere in the range of $29.99, maybe less. We’ll let you know as soon as PlayStack has a price point finalized.

In the meantime, dream of sonic screwdrivers, Doctor Who fans. (But not Daleks. No, not Daleks.) 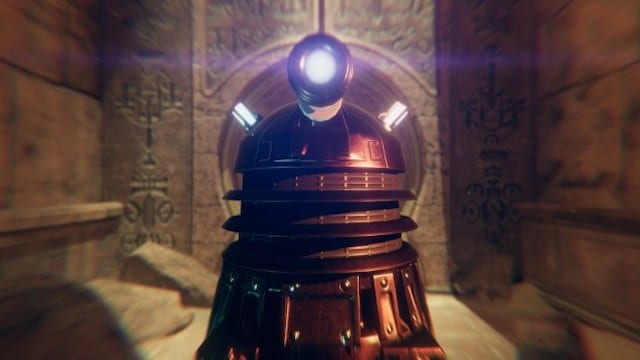 For a very different kind of “Edge” news, check out how WWE wrestler Edge is looking to make good on 2K Sports’ WWE 2K20 autographing mistake.