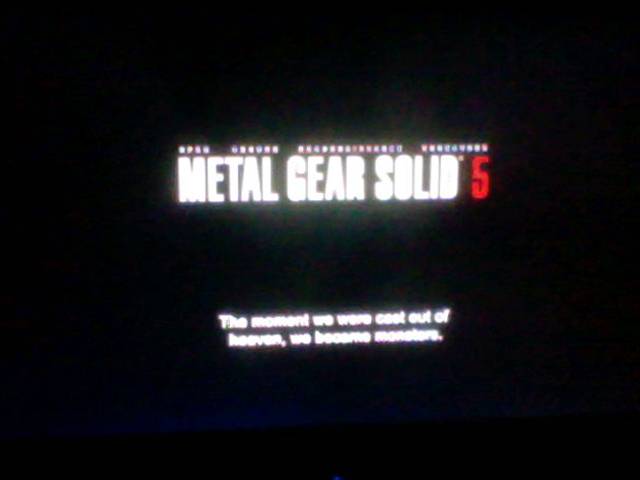 You may have seen across the trustworthy sources of the internet yesterday, that a supposed logo for Metal Gear Solid 5 was doing the rounds.

Well, unfortunately but not surprisingly, it turns out that it was faked.

Series director Hideo Kojima confirmed that the logo was far from legit, saying via Twitter that the logo is “completely fake”. He went on to apologise to fans that had gotten their hopes up over the hoax.

The rumour started after it was suspected the Kojima himself was hosting behind-closed-doors demos of Metal Gear Solid 5 at the San Diego Comic-Con, and that one of those people invited had taken the chance to take a quick photo.