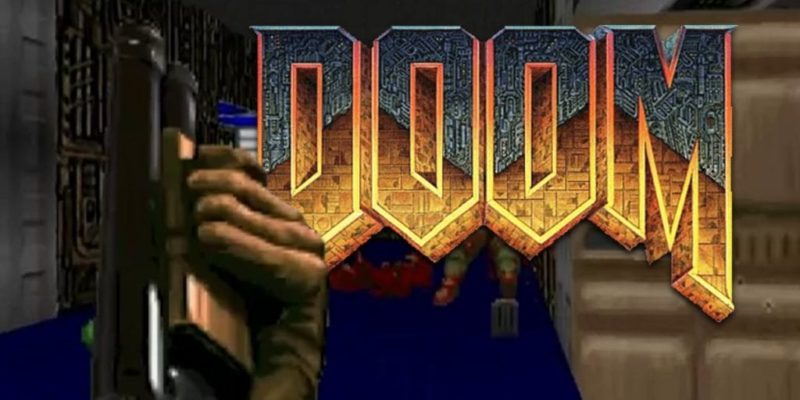 Today is Doom’s 20th anniversary and it changed the way we play PC games. Is it one of the finest games ever made? That’s debatable. It does however have to be recognised as one of the most influential.

Remember going down to your local PC shop and browsing shareware games which were usually displayed  in plastic pouches adorning the wall? Remember BBSes and logging in with your pink/white U.S Robotics 14.4k modem and browsing shareware repositories for Doom levels? It all seems so long ago and PC gaming has come  long way since then.

Doom changed the way we played PC games and helped spawn the idea of modding games by creating levels and messing about in game files. It was an exciting time for gamers. When I view videos of Doom now it really does look dated but gameplay is king and it had that in spades.

The music was instantly catchy, the sound of the doors and the pop of the pistol are iconic,  the level design is great, even the box art is instantly recognisable. There is still so much to appreciate about the game that helped shape a whole genre.

Looking at Doom now it’s hard to believe that the game could have caused such a stink with the establishment with its demon slaying gritty theme. Gaming has come a long way in 20 years and pushed the taste boundaries to the limit with games such as GTA and Mortal Kombat. Doom may look like a mess of pixels now but its first person viewpoint and shooting did raise a few eyebrows.

To celebrate the 20th anniversary there’s a great discussion with John Carmack on Wired that I urge you to check out. John talks about the controversy the game created at the time with its shooting and demonic themes, the gameplay and more. He may have moved on to Oculus now but he will always be remembered for his work on Doom.

There are four id games that really stand out for me, Wolfenstein, Doom, Doom 2 and Quake. These were the games that put id on the map, and although many, if not all, of the id team have long since moved on, the legacy remains.

Do you have memories of Doom? Feel free to share in the comments below.

Thanks to Blues for the reminder of this momentous anniversary.

Company of Heroes 2 expands to the Southern Fronts