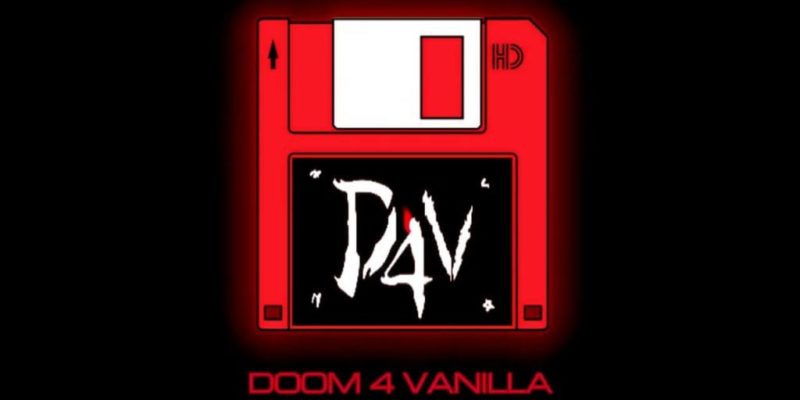 Doom 2016 was an excellent modernization of the granddaddy of FPS games. It took the lightning-fast action and complex level designs of the original and injected them with a heaping helping of modern flair. It was a blast from start to finish with only the occasional hiccup along the way. For some, though, ultra-crisp graphics and modern controls are too much. What if we could get all of those new gameplay additions in classic Doom? Enter Doom 4 Vanilla!

Created by Doomworld user Noiser over the course of two years, Doom 4 Vanilla is what you’d call a “demake” of Bethesda’s reimagined title. Taking inspiration from the art style, weapon design, and general feel of the 2016 game, Vanilla lets you experience the carnage of modern Doom through the lens of the id Software classic. Compatible with basically every source port under the sun, Doom 4 Vanilla is actually fully functional in DOS for that extra layer of authenticity.

Doom 4 Vanilla isn’t actually a total conversion or map pack, but rather a gameplay modifier for the original Doom. With it, you’ll see some replacement textures, a slew of new enemies, redesigned classic foes, and obviously the arsenal from the 2016 outing. Glory kills are also present and accounted for. Going the extra mile, Mick Gordon’s soundtrack has been given a MIDI makeover to really set the mood. It looks like an absolute blast and my writing this all out is distracting from actually playing it. I NEED MORE DOOM!

I’m always amazed at how versatile Doom has become. From running on basically any machine imaginable to still getting new levels nearly three decades later, it seems like id Software really did create an eternal action game. Hell, none of its followups even compare to the majesty of the original. Doom Eternal has a lot to live up to — that’s for damn certain.