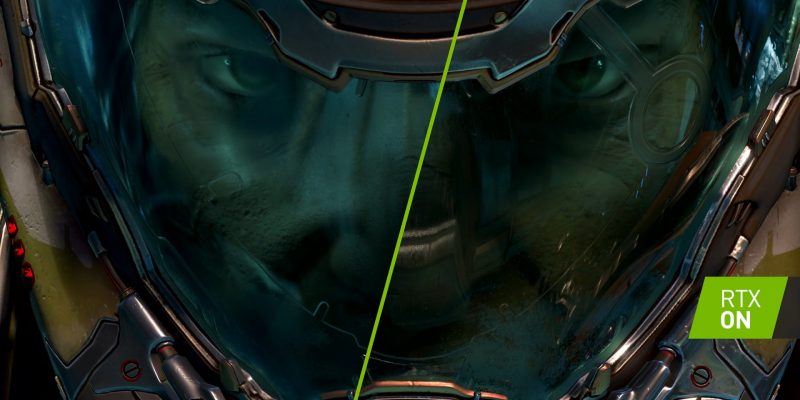 Among many recent games that I feel deserve the ray tracing treatment, Doom Eternal is near the top of my list. The idTech-powered shooter is already a feast for the eyes. However, with all those lighting effects, it almost felt like the lack of ray tracing was a waste. Thankfully, the Doom Marine will be among is RTX peers very soon. Following Nvidia’s reveal of the 3080 Ti earlier today, it was confirmed that Doom Eternal will soon have both Vulkan ray tracing and DLSS. The company also announced that DLSS is heading to Red Dead Redemption 2 and more games.

Doom Eternal was never a slouch in the graphics department, but ray tracing makes it look even more fantastic. The reveal was partnered with a premiere trailer, showcasing real-time reflections of every shot, explosion, and flying demon chunk. Watching the trailer, the results are simply astonishing, really. It was recorded on the recently unveiled RTX 3080 Ti, which was running the game at 4K. The GPU was managing around 90-125 frames per second according to the overlay. From what I can tell, a good portion of the video (if not all) was shown with DLSS off. The game still ran well even during the most hectic of battles.

Granted, the idTech engine is so well optimized that DLSS wasn’t likely in the highest demand. However, for those running an RTX card on the lower end of the spectrum, such as a 2060 or 2070, the addition should be more than welcome. 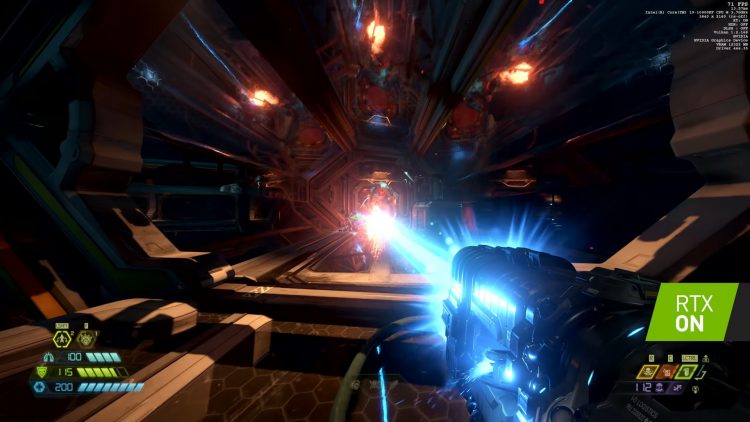 It, uh, looks better in motion. There are options for 1440p and 4K for your viewing pleasure.

The ray tracing and DLSS update for Doom Eternal doesn’t have a solid release day. However, Nvidia did confirm it’ll drop sometime this month. We’ll keep our itchy trigger fingers warm for the occasion.

Several other games were confirmed for DLSS updates, including Red Dead Redemption 2. And I can think of few other games that need it more. Rockstar’s cowboy epic is richly detailed and expansive, which ended up taxing many GPUs — even the beefier ones. Nvidia hasn’t confirmed when we’ll get DLSS in the game, saying only that it’s coming “soon.” Other than Red Dead, Rainbow Six Siege, Icarus, Lego Builder’s Journey, Dying: 1983, The Ascent, and The Persistence will all soon get updated with DLSS, ray tracing, or both. Hit up the announcement page for more info.

AMD goes straight for Nvidia with FidelityFX vs. DLSS

Razer keynote announced for E3 2021, new products to be revealed