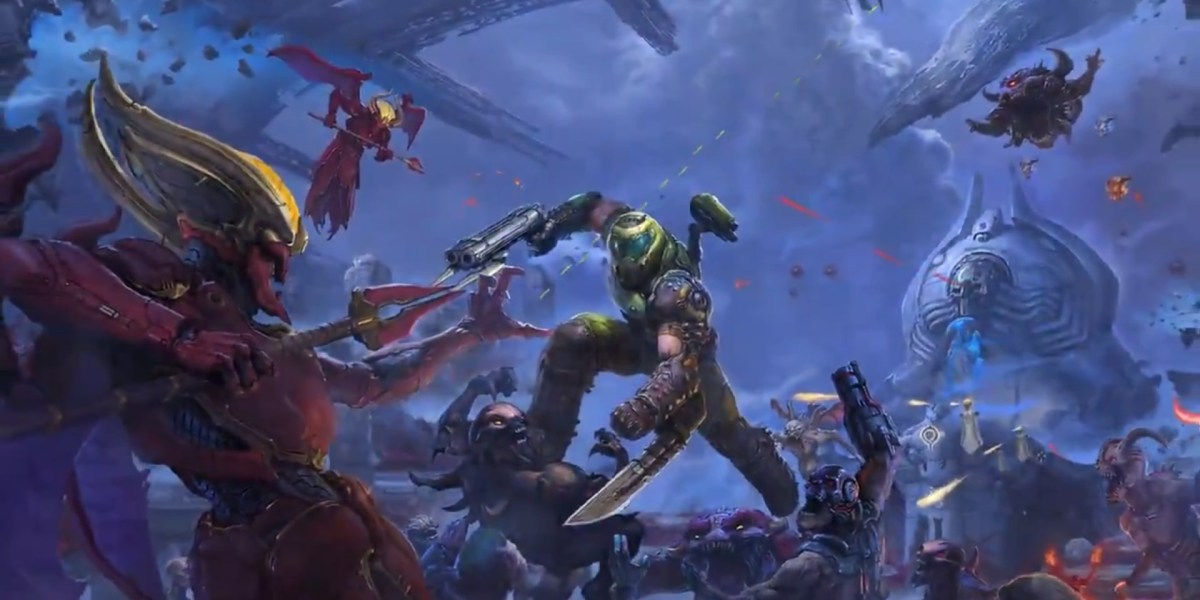 Quakecon 2020 began yesterday, and as another event that fell victim to the global pandemic, this year’s event is entirely remote and available to watch on live stream. But very early into the event we already got some big news. Doom Eternal‘s first piece of single-player DLC was teased, and it is titled The Ancient Gods: Part One.

Obviously, the “part one” in the title has some major implications. Bethesda and id Software clearly plan to support the game in the long term with more than just one piece of single-player DLC. More story content was the most requested feature in Doom (2016), and it is great to see the team putting its full force behind it now. The DLC takes place after the events of Doom Eternal. And despite the Slayer’s best intentions, it appears his actions have had unintended consequences.

In the trailer, we see demons surrounded by some kind of blue energy as an ethereal narrator says that the Doom Slayer has to help him restore order. It also says the demons pose a threat to its “creations.” Whether that means humanity or something else entirely we aren’t sure, but the trailer ends with another angel-like creature similar to the Khan Maykr from Doom Eternal.

You know what they say about the road to hell…

Hugo Martin, creative director of id Software, had this to say about The Ancient Gods during the ‘Welcome to QuakeCon’ presentation at the start of the show: “Hell was ripped, Heaven was torn, and the Slayer’s legend grew. Your rampage of destruction saved humanity from extinction, but it came at a cost. Now there’s an imbalance of power in the heavens, and the true ruler of the Doom universe must rise to set things right. It’s all very cool, very comic-book.”

This was only a teaser of course, and the full reveal trailer will drop at Gamescom’s Opening Night Live event on August 27. If you haven’t played Doom Eternal in a while, refresh yourself with the latest patch that added back weapon quick switch and an improved Battlemode. 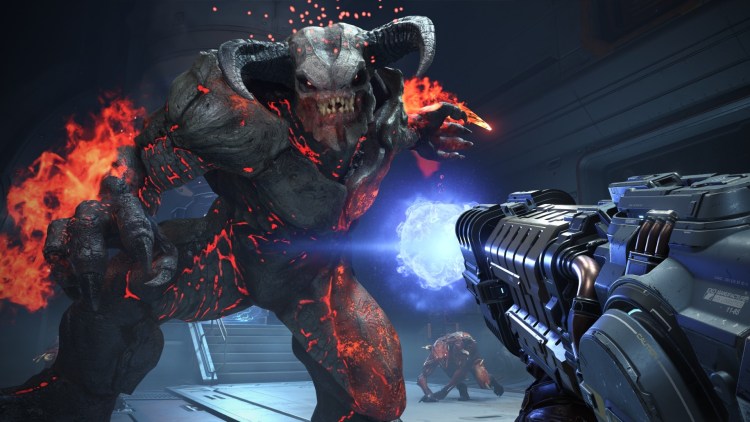