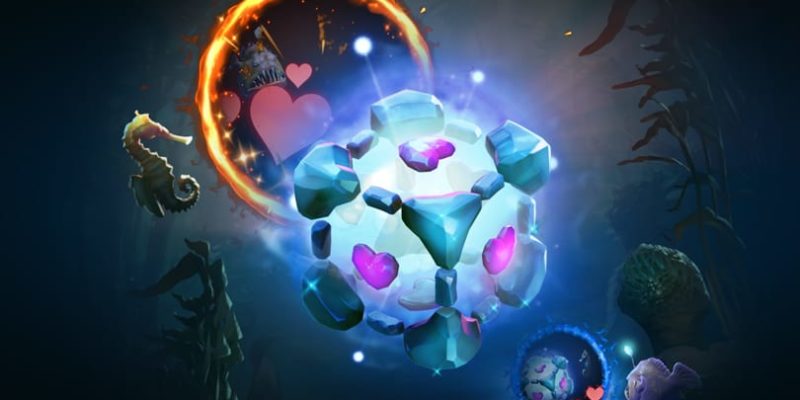 In a surprise update to Dota 2, everyone’s favourite particle effect hero – Io – now has an Arcana.

The Arcana isn’t available to buy or trade, and is instead a reward for the current Battle Pass. Level up your The International 2017 Battle Pass to 245, and hooray: you have a Companion Cube Io. No, this isn’t a joke. At least I don’t think it is, because this announcement is accompanied by a 250MB patch.

An Io Arcana has been a long-running joke for awhile, insofar as Arcanas completely change the look and style of a hero, and Io… is literally a ball of light. It’s a particle effect. As such, it was championed for an Arcana at last year’s The International just to see what Valve would do, but it was narrowly beaten out in the Arcana Vote by Juggernaut because people are awful and like Juggernaut for some reason. This year, though? “We decided this year that the wisp deserved to skip the vote and select its own favored form,” says the blog post. In this case, that’s a Portal-themed Arcana, turning Io’s Relocate ability into portals, giving him/her/it a little Companion Cube shell, making Tether spew hearts, etc. Or, to put it more boringly: “custom animations, effects, and kill sounds.”

You can check out the Fundamental’s new look on the Battle Pass page. If you want the Arcana, then you’re going to have level your Battle Pass up to 245 – which is probably more costly to outright buy than basically any Arcana in history, but hey, you’re getting a lot of extra stuff and you can level up for this stuff instead of paying.

The Io Arcana appears to be out now, courtesy of the latest Dota 2 patch.

New Life is Strange game in development at DONTNOD