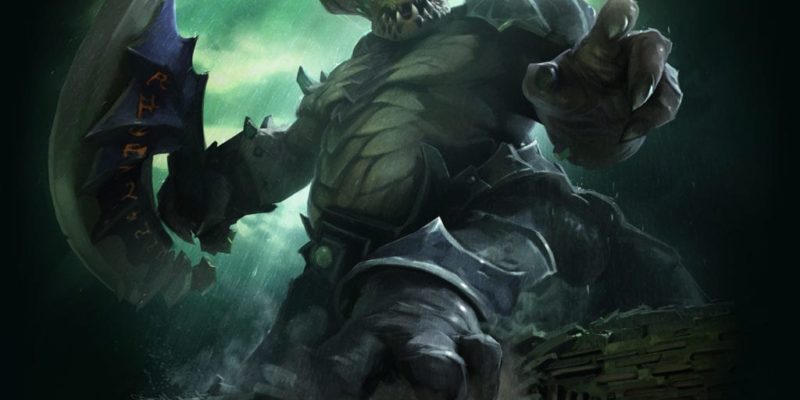 The Dark Rift has opened, and Underlord has joined Dota 2‘s endless cycle of battles in a newly-released update.

The 470MB patch is out now and adds in both the new hero Underlord and a post-game summary. The latter will doubtless help you flame your teammates in more accurate fashion, offering “detailed reports on different aspects of player and team performance.” It offers up analyses of playstyles, item progression by game time, comparisons to opposing heroes, what support items each hero bought (yes), XP and net worth graphs, and all the other wonderful little features that will help you hate the people you play with just that tiny bit more. And also to point out that you bought like 30 fucking Wards regardless of your incompetent mid player getting ganked because he’s not watching the minimap, then pinging and shouting OMG BUY WARDS NOOB.

Vrogros the Underlord, whose name sounds like someone clearing a particularly nasty bit of stuff out of their throat, is a support/offlaner who mostly screws with the enemy team via the magic of AoE attacks and teleportation. Firestorm calls down repeated waves of fire over an area, sort of like Mirana’s Starstorm, only it’s area based and fires out multiple waves. Pit of Malice creates a pit of… malice… which roots and damages any enemies that wander into it. Atrophy Aura lowers the base damage of nearby enemy units, and those that die under its effects will temporarily give Underlord some bonus damage. Finally, Dark Rift lets Underlord teleport himself and all nearby heroes to any targeted friendly unit.

So yeah: basically, AoE damage, split-push, and de-push, with an aura that could either be really useful or really terrible depending on what you’re up against. I think it only affects base damage rather than total damage, so it’s not going to do that much to a six-slotted carry.

For all the details, head over to Dota 2‘s official Dark Rift page. Dark Rift is out now.

Note that this also marks the point where Dota 2 actually has all of the content from the Warcraft 3 mod Defense of the Ancients; Underlord (née Pit Lord) was the final hero from the game that needed to be ported over. Everything from here on out is brand-new content.