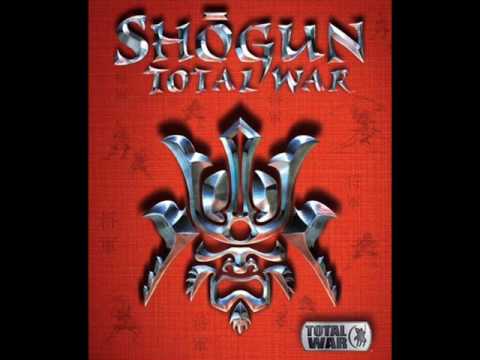 Dr. Stephen Turnbull lecturers on Japanese Religion at Leeds University and has written a multitude of books about samurai, martial arts and the military history of East Asia and Europe. He worked with Creative Assembly as an advisor during the development of the first Shogun: Total War (released in June 2000) and is once again working with the company on the forthcoming Shogun 2: Total War.
IncGamers asked Dr. Turnbull a few questions about his role in both games, and what kind of additions we can expect to see in the sequel.
For anybody reading who isn’t aware of who you are and how you were involved with the first Shogun: Total War, could you give us a brief summary?

I have been fascinated by samurai history since I was very young, and when I was a student I had the opportunity to visit Japan.  That was 1970, when few people went to Japan.  The ideas I brought back led to my first book.  I am now writing my seventieth.  The first Shogun: Total War was a brilliant idea and I was delighted to be involved as the adviser.  I hope I added to its success; if so, my contribution helped people realise that everything was based on historical fact, and that made it more exciting.

In another interview with James Russell, he said you help “keep them on the right path”; does this mean your role is generally to respond to features shown to you by CA, or have you also been able to weigh in with design suggestions of your own?

They loved my idea of including warrior nuns!  Yes, I come up with suggestions they may not have thought of; but they are such a creative bunch and so well-informed that it is more a question of interpreting their ideas and seeing how far they can be taken.

There were, I think, seven playable factions in the first Shogun. I’ve read that there will be nine in the sequel. Will all of the clans from the first be returning, and who are the new additions?

There are quite a lot. So far, the Chosokabe and Takeda clans have been confirmed.

Can you tell us a bit about the history behind the art style used for the little unit cards in this screenshot?

The unit cards are drawn in a style that draws heavily on Ukiyo-e representations of warriors. The style has been adapted to better represent the in game armour sets and to make the units distinct to the player.

Were you involved in the decision to make use of that art style in-game, and can we look forward to more of it in the final release?

The art team made the call of which visual direction to take the game. The style has been heavily researched and practised, and is very authentic to the period.

We’ve heard there will be individual ‘hero’ type units in this title, did you offer advice on any period-appropriate characters for this? If so, are you able to divulge any specific names and tell us about their impressive deeds?

The Hero units are all drawn from history and selected to ensure that they are balanced across all clans.

Along similar lines, are there any new unit types you’re able to share details of?

Not sure – I know a lot are being considered.  It is my job to ensure the accuracy.

The music in Shogun seemed really evocative of the era – I think this ‘mobilize’ track especially is remembered by most Total War fans. Did you have any involvement with the audio side of things, and do you know if there is any chance of those original tracks making a reappearance in any form for the sequel?

I have had nothing to do with the music, but it is very good.

Shogun 2 will be featuring some naval battles; how historically accurate are sea-based hostilities between clans for this period? Are there any famous sea battles from that era?

Naval battles of the time were very different from contemporary European ones.  They didn’t fire broadsides and were more like a land battle fought between two adjacent ships.  Two famous battles were fought in Osaka Bay.  The rival vessels were huge wooden floating fortresses reinforced with iron from which the samurai fought with swords, appears, guns and bombs.

In the previous Shogun (and I believe in this one too) the Daimyo tends to lead troops into battle personally – how often would that occur during the actual era the games take place in?

This was very common, but the decision had to be made with great care.  A daimyo who wasn’t too popular back home could be usurped while he was on campaign.  Also, if an heir was young, it would be very risky for the daimyo to fight in a battle.  Both these considerations led the decision to delegate leadership of the Shimazu clan’s invasion of Okinawa in 1609, for example.  A good daimyo always had men he could rely on as as his sobubgyo ‘field marshal’, a man of consummate military skill and unquestioned loyalty.

Do you think videogames like Shogun can play a role in getting people interested in academic areas of study, or fascinated in history?

Yes, in fact several of my students at Leeds University, where I teach a course about Japanese religion, tell me that it was a game about Japan that made them interested in the first place.

Finally, please give us one thing that, in your opinion, we should look forward to in Shogun 2 above all others.

The multi-staged castle siege battles are exciting. Instead of just open courtyards, they are maze-like in structure, allowing you to lure the enemy into an ambush and strategize more thoroughly either in defence or attack.
Shogun 2: Total War is scheduled for release on PC in March 2011. Two new books by Dr. Stephen Turnbull, “Hatamoto: Samurai Horse Guards and Footguards” and “Hideyoshi” will be available in 2010 or early 2011.

By Kevin Carignan4 days ago
Interviews