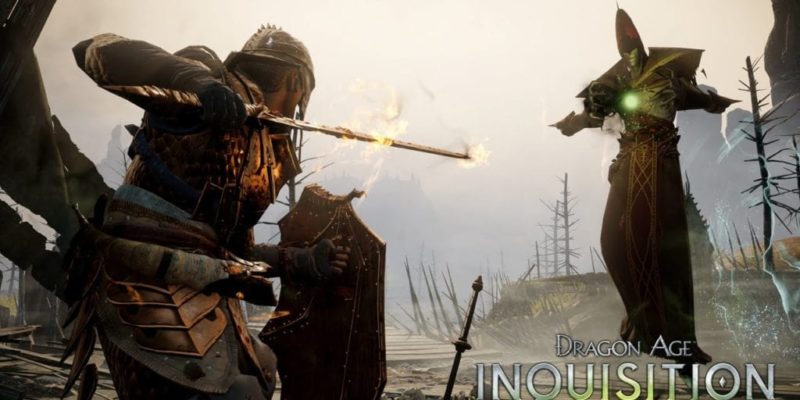 I actually took this screencap because I thought the weapon was called Merkel’s FIST. Now I’m slightly disappointed.

A new Dragon Age: Inquisition delves into the important subject of bee grenades and how to make them. It doesn’t get super specific about their construction, but during the ‘alchemy table’ segment an item called “jar of bees” is clearly shown. Later, a bee grenade is lobbed at some enemies and causes a fear effect.

That’s just one of the things you’ll be customising and crafting in the game though, at least according to this video which claims the systems are the “deepest” the series has ever got. The opening bits of the video go over some of the character creation and class selection stuff that was covered on the recent BioWare livestream. Have a read here for a much more in-depth look at that, complete with screencaps.

As well as the aforementioned alchemy tables, it’ll be possible in Dragon Age: Inquisition to customise the “hundreds” of different armours and weapons you come across in the world. Armour schematics serve as a base template for you to build other custom armours from new materials you find in the world, while rare “masterwork” materials can be used to knock together some super-powered weaponry.

Dragon Age: Inquisition is coming out on 18 November.

Star Citizen hits $55 million. All money “to be spent on development”