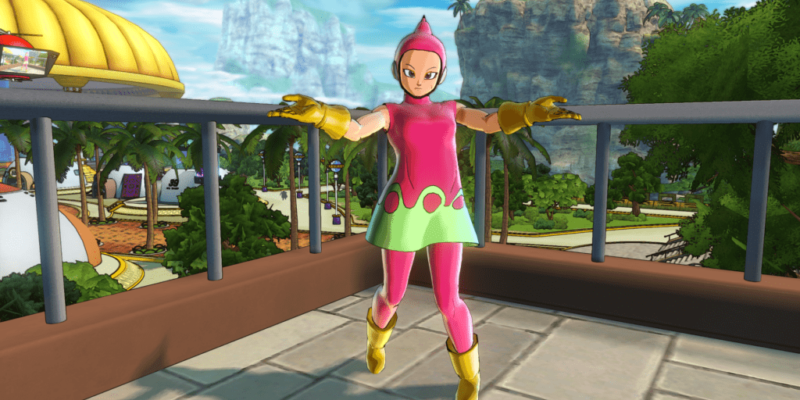 DIMPS aren’t done with the Dragon Ball Xenoverse 2 paid and free DLC updates just yet, with a fifth set due this Autumn. There isn’t a more specific date than that given, but if we’re going by the usual Autumnal period the DLC should be out before mid December. It’s coming to all platforms, which of course includes PC.

Like previous DLC releases for Dragon Ball Xenoverse 2 there will be a paid and free component. The paid stuff will include the addition of Tapion and Android 13. Expect Tapion to “attack opponents with his sword and support your allies by creating a barrier with the Flute of the Brave”. Android 13, meanwhile, “has a powerful weapon as he is able to read your enemies’ data to track and attack them from a long range.”

There will be some new costumes too. You’ll be able to dress up in “Toppo and Ribrianne costumes from the ‘Universe Survival Saga’.”

On the free side of things, Conton City will be getting a new mode of play. Called ‘Hero Colosseum’, it claims to offer a new story and a strange, strategic board game with figurine representatives of Xenoverse 2 heroes. You can see a couple of screenshots of this in the set of images below (click for larger).