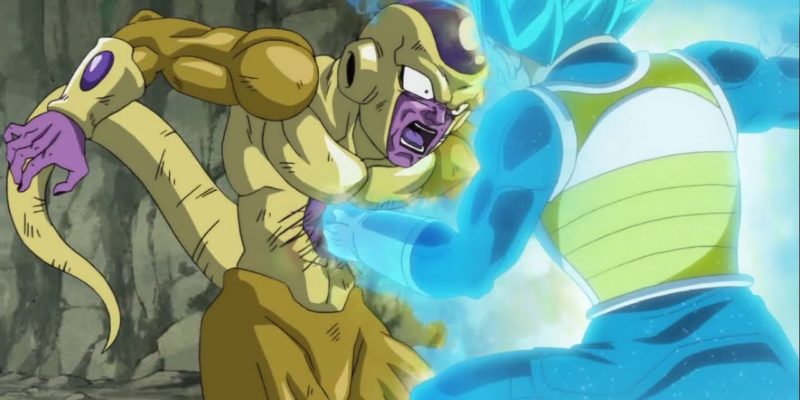 Many of the Dragon Ball games are like The Little Engine that Could. Even if you stop paying attention to them, they keep pumping out content and giving the players that stick around lots of reasons to do so. This is the case with Dragon Ball Xenoverse, Dragon Ball FighterZ, and Dragon Ball Z: Kakarot. Fans of the latter have been stuck in limbo for quite some time waiting for news on the next DLC, which was announced back in September. Well, today Bandai Namco finally put those concerns to rest with a new trailer showcasing A New Power Awakens Part 2.

In the trailer we see SSGSS Vegeta (or Blue Vegeta for those that don’t feel like biting their tongue) against Golden Frieza. Both characters in the trailer are at level 170, showing that this is some serious endgame content. The fight plays out like most battles in Dragon Ball Z: Kakarot do, but with some cool new flourishes like the golden aura that comes off Frieza when he attacks — or Vegeta kicking Frieza right in the face.

In the interim, Bandai Namco released a fun, if not oddly placed, card battle game within Kakarot called Dragon Ball Card Warriors. The game is surprisingly good, and has some nice strategy around it. But most fans have been waiting for information on the next big chunk of DLC. Especially those who had bought the season pass way back when the game launched in January of this year. Even more so when Card Warriors came and went but there was still no sign of a release date.

Find out next time on Dragon… Ball… Z!

The most important information this trailer gives is that the release date for Part 2 is confirmed to be next week on November 17. Last, but certainly not least, the trailer also confirms that a third DLC chapter is in the works. Considering how each DLC chapter has covered one of the recent films, it is a safe bet that this next DLC will cover Dragon Ball Super: Broly.