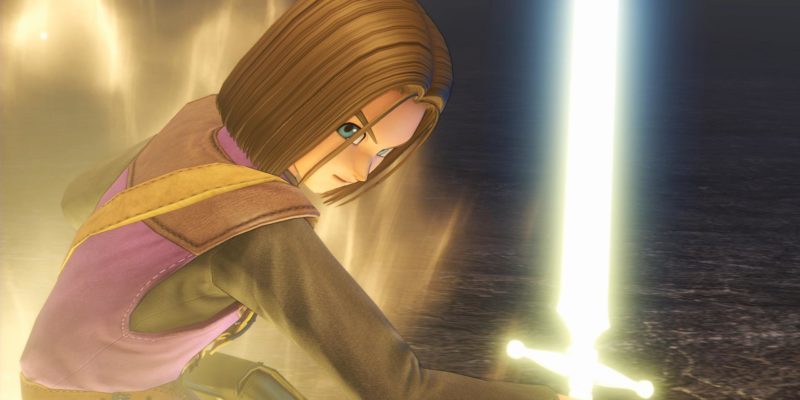 Square Enix announced that Dragon Quest XI S: Echoes of an Elusive Age – Definitive Edition will be coming to PC, which is a mouthful of a title. That was as part of the pre-show for the Xbox Games Showcase, which gives you an idea of just how packed the show itself was.

Dragon Quest XI S is the upgraded special edition of Dragon Quest XI, and was previously exclusive to the Switch. It’s got a bunch of extra content and features, the most notable of which is the ability to play the game in a top-down 2D mode reminiscent of older JRPGs. A very welcome little addition, both for speeding through vast areas and for just getting a dopamine hit of nostalgia.

2D mode isn’t the only option available, though. You can swap between the synthesized soundtrack and a full symphonic one, and you can opt to play the game with Japanese voice acting if you so desire. There’s are new character side stories, and the 2D “World of Tickington,” which will apparently let you journey to past Dragon Quest worlds and explore a host of new side quests.

It’s also going to be available on both Steam and the Microsoft Store, and will be included in the Xbox Game Pass for PC. If you subscribe to that service, you’ll be able to access it at no extra cost.

So far, so good. But unfortunately, there are a few downsides. 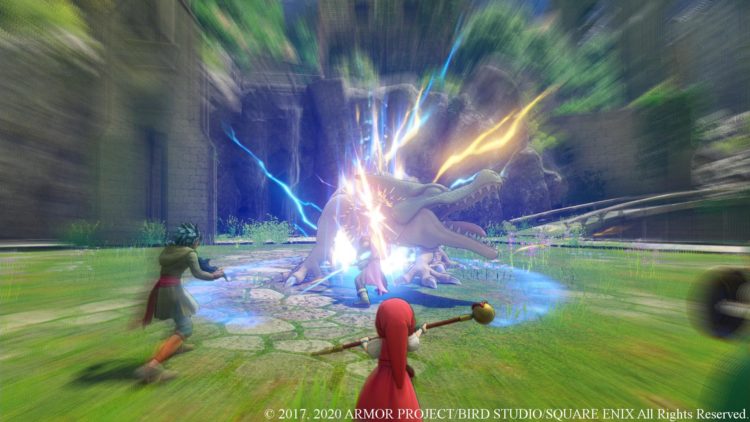 In the heat of the action, you might not notice the lower graphical fidelity.

To begin with, it looks it won’t be cheaper if you already own Dragon Quest XI on Steam. Preorders are open now, but—right now, at least—no discount is available if you own the base game. In most regions it’s at least cheaper than the original ($40 USD instead of $60 USD in the States) but that’s got nothing to do with your owning the prior version. I’ve reached out to Square Enix to clarify this point.

The other major issue is that this is a direct port of the Switch version. Direct port. That means lower-poly models, worse lighting, and quite possibly lower-resolution textures. To quote the official FAQ about its relation to the PlayStation 4 version: “It’s a port of the Nintendo Switch version, so the graphics are not the same as they were for the original Dragon Quest XI for PlayStation 4.” You’ll still be able to play it at a higher resolution and with a better frame rate, but unless modders take a crack at it, this may be a visually inferior version. 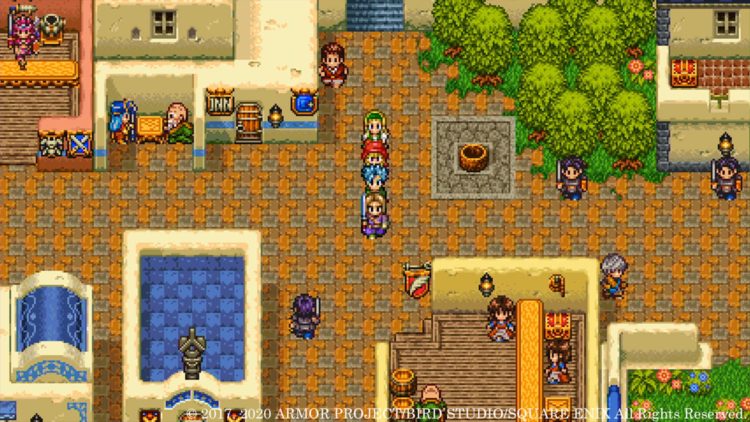 You will notice a stark graphical difference if you put into 2D mode, but that’s a given.

Of course, with a game as stylized as Dragon Quest XI, you may not actually notice the difference unless you’re looking at side-by-side screenshots. Nonetheless, it’s something to bear in mind. We’ll doubtless do a tech review comparing this to the previous Dragon Quest XI, so we’ll have a full report nearer launch.

Speaking of which, launch isn’t that far off. Dragon Quest XI S will be hitting Steam and the Windows 10 store on December 4th, and will be included in the Xbox Game Pass for PC. It’s a solid game, too. The original release won our Alternative Award for “Best Haikus” back in 2018. Do I need to say more?