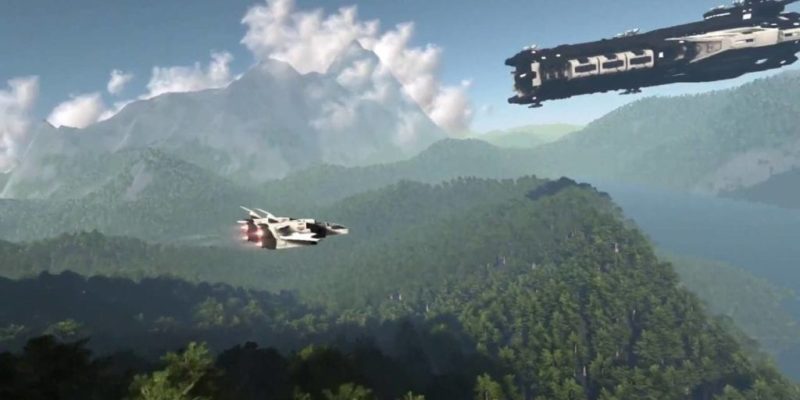 Catching up with some of the things shown earlier at the PC Gaming Show, here’s a gameplay trailer from space MMO Dual Universe. It’s said to be a “single shard” universe (in other words no zones or instances, just one seamless place), and will evolve over time as players make changes to the worlds around them.

In the trailer, you see a little bit of voxel-based building (as the player pops a cockpit on his space vessel), and some flight through a forested valley followed by a rapid ascent into space itself. Exploration is just one role that should be possible in this ambitious project, however, as the time-honored space professions of mining, piracy, and trading are also promised.

A more extensive FAQ for Dual Universe can be read here, covering aspects like plans for pricing, VR support, and so on. The footage in the trailer is pre-alpha, so this project is a long way off. To give you an idea, a beta is planned for the latter stages of 2017.