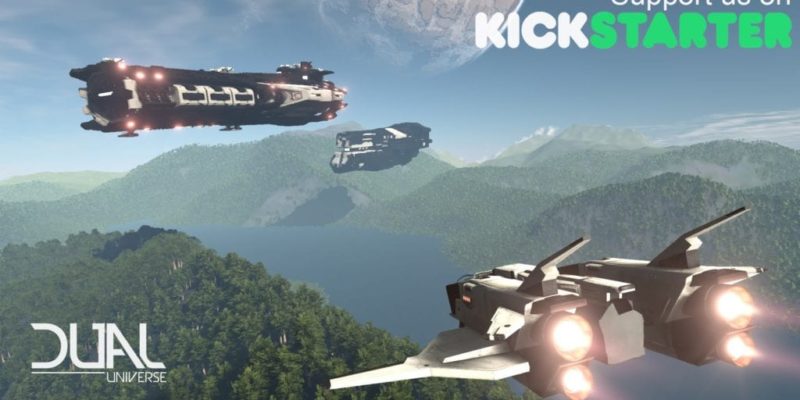 We’ve been following the progress of Dual Universe for a while on PC Invasion and it looks promising but it’s still early days. The game is being described as “a continuous Single-Shard sandbox MMORPG taking place in a vast Sci-Fi universe, focusing on emergent gameplay and building with player-driven in-game economy, politics, trade and warfare”. Sounds great but we’ll have to see more of it before passing any judgment on how it all slots together. Star Citizen sounds great but there’s no sign of that appearing any time soon.

“Because with innovation comes risk, most publishers don’t take the chance to support creative projects like Dual Universe. The game is a revolutionary take on the MMO genre, enough to make it difficult to finance by conventional means. For the past three years we have been funded privately, keeping our independence to develop ground-breaking technology”, says Jean-Christophe Baillie, founder and president of Novaquark. “To complete our vision, we need the community’s support for Dual Universe, in order to remain independent and move forward in the direction of the game we all want to make. The more backing we will have, the stronger we will be, and the more independent we can remain.”

Novaquark is looking to raise $500,000 USD to get get the game made and backers can gain access to the alpha and beta test by parting with cash now. The Kickstarter has made a decent start and you can find out more here.

The game has been in development for three years so there’s some decent features on show.

The Crew is Ubisoft’s free PC game for September