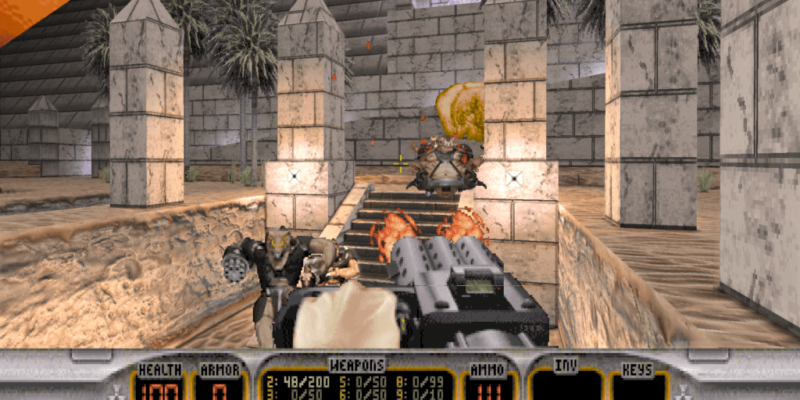 This updated version of the shooter classic comes with a new episode called Alien World Order featuring maps created by Allen Blum III and Richard “Levelord” Gray. These have now been revealed in an update from 3D Realms.

The new maps are set in numerous different global locations such as Moscow, London, San Francisco, Egypt, Rome, Los Angeles, and France. Each map has some personal connection with the map makers or tie-in with the original game.

“We took the same approach that we did 20 years ago – making fun maps was our primary goal,” said Gray. “The most important thing specific to the new content was to make the biggest levels ever in a Duke game, and we did! Players will be amazed by how massive some areas are.”

The update comes with new shots but if you don’t want any spoilers then give it a miss. Here are all the new map shots out of context to avoid too many spoilers.

Duke Nukem 3D Anniversary Edition will release on 11 October on Steam costing $19.99. Pick it up if you want more Duke.