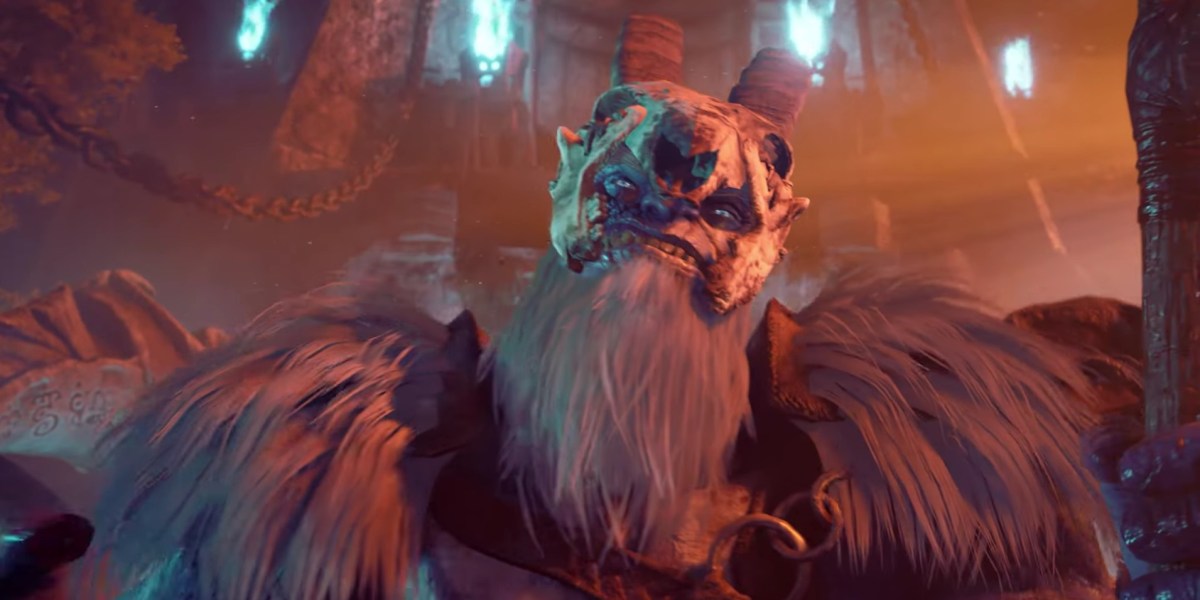 If you’ve played Dungeons & Dragons, or really any game set in any D&D universe before, you know that there are a ton of different monsters. Powerful, mystical creatures can be found everywhere in D&D, from caves to underground, and even beyond the earth. However, Dungeons & Dragons: Dark Alliance is looking to frost-covered mountains for its foes. The latest trailer for Dark Alliance highlights the frost giants present in the game, including one that may have deeper ties to the Forgotten Realms.

With so much history, it shouldn’t be a surprise that today’s trailer for Dark Alliance focused on one of the Forgotten Realms’ most pivotal characters, the frost giant. Throughout the game, players will fight through dungeons and battle bosses, one of whom is apparently a descendent of Kelvin Duarol, a long-dead frost giant king. In the trailer though, another frost giant unlocks Kelvin’s tomb, freeing his imprisoned soul. Eventually, players will have to battle with this frost king returned to Earth.

Leave the D20s at home

When it launches, Dungeons & Dragons: Dark Alliance won’t be like sitting down with your pals and playing a game. Instead, Dark Alliance will focus more on the action that takes place in the TTRPG. Players will fight classic monsters like beholders, goblins, and giants from a third-person perspective in real-time.

Dark Alliance isn’t abandoning all of D&D‘s core aspects though. Abilities still seem to play a part in the game, although monks likely won’t have to spend Ki points and Wizards won’t have to worry about spell slots. Considering that the game is an action RPG, it’s extremely likely that these abilities will be set on some kind of cooldown instead. Dungeons & Dragons: Dark alliance is set to launch on June 22 and will be available on PC via Steam.