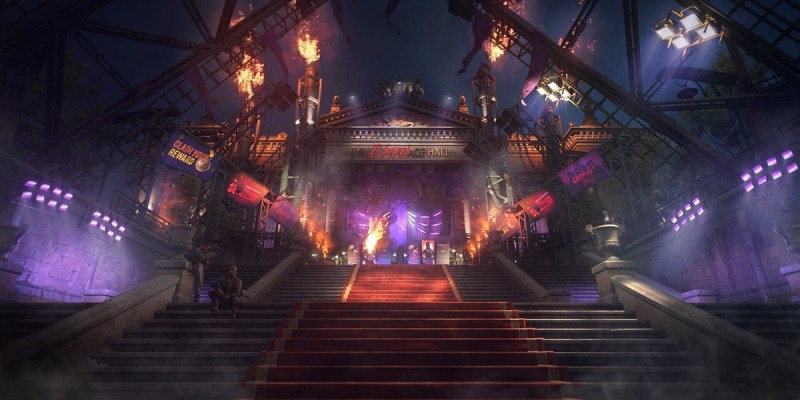 I initially covered Dying Light 2 when it came out earlier this year. The open-world zombie apocalypse game from Techland treads familiar ground, though a lot of issues proved to be detrimental. Now, with Dying Light 2: Bloody Ties, the first major story DLC, suddenly available on Steam, it was a good time to revisit the city of Villedor.

Sadly, I experienced problems almost from the get-go, and things did not get better from there. Worse, my playthrough was plagued with crashes, as well as a game-breaking bug that borked my save.

From Ciro to hero

Dying Light 2: Bloody Ties’ DLC campaign begins when Aiden receives a call about an opportunity. Here’s the kicker: the quest, First Blood, was supposed to pop up in my journal. It didn’t, and I had to recheck if it was working properly. After relaunching Steam, fast traveling, and resting, it finally appeared, and off I went.

From there, I met new characters, such as Ciro, a young fella who’s eager to prove himself in the arena. There’s also his dad, Ogar, a former champion who doesn’t want Ciro to follow in his footsteps. Likewise, you’ll encounter the head honchos of Carnage Hall, Astrid the arena master, Severus the tournament organizer, and the hilariously named Skullface (because he’s got a skull helm). In terms of the narrative, you’ll notice some common tropes and run-of-the-mill presentation. If the base game’s story didn’t impress you, then what the DLC offers hardly will. 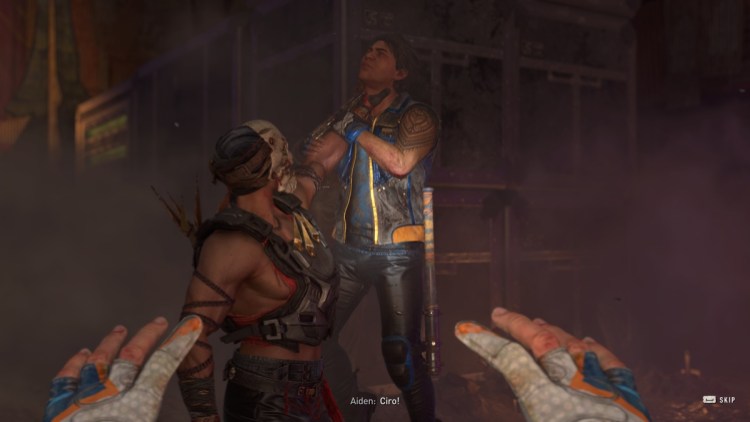 The meat of the DLC’s story takes place in Carnage Hall. This massive building is home to a multitude of fighters and aspiring champions. Severus provides you with a dozen or so arena challenges, ranging from quick bouts against special infected and parkour areas to full-on spectacles.

In some ways, these activities proved refreshing, at least at the start. For instance, I liked the creativity of each map’s layout when I was doing parkour challenges. You’re expected to climb obstacles, swing across monkey bars and ropes, and wall run to reach other checkpoints on platforms, all while the clock is winding down. 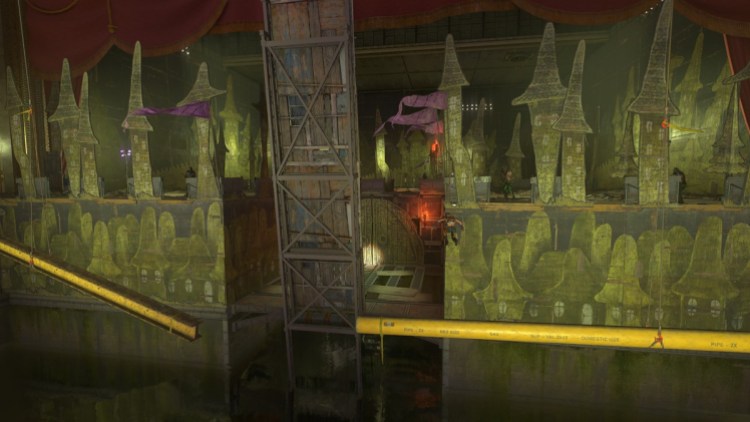 A couple of areas were also neat, as they’re based on Harran. Sure, you’re still in an enclosed dome where an audience is cheering you on, and the objects are just props, but it sure brings back memories.

You’re expected to complete these tasks to reach the final battle, culminating in your ascension as the tournament champion. Apart from that, challenges also reward you with tokens, which can be exchanged for cosmetic outfits. 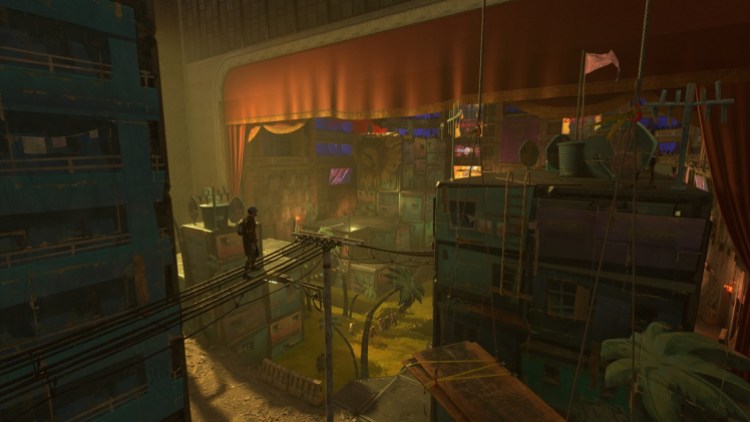 Cumbersome to the core

Therein lies the first problem with Dying Light 2: Bloody Ties. When I initially reviewed the base game all those months ago, I took note of how the clear emphasis on melee combat made everything tiresome and tedious the more you progressed. True, you’ll see gore and guts flying around with each bone-crunching attack, and the return of the X-ray hit even helps add to the theme. However, if you focus too much on the same concept over and over, it becomes meaningless in the long run.

In addition to that, arena challenges tend to provide you with a set loadout (i.e., specific weapons, tools, and consumables), so the best stuff you’ve found in the campaign remained unused. Maybe you want to equip your trusty katana or crossbow. Well, that’s not possible unless that particular challenge has those weapons as part of the loadout. 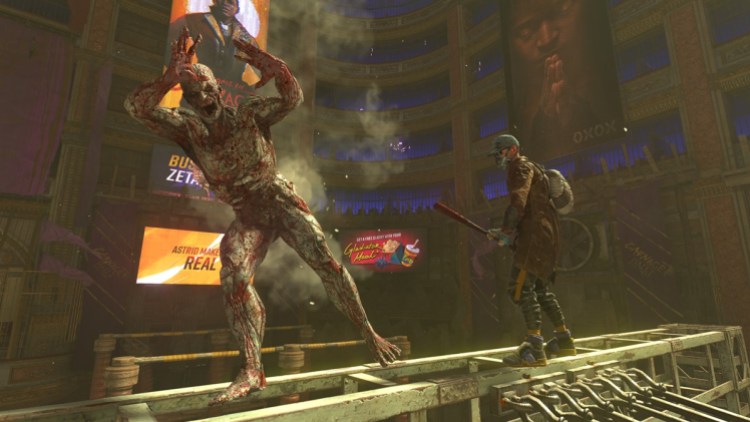 In some cases, bugs also got in the way. For instance, a portion of the spectacle activity requires you to open the panels of generators to turn the lights on. There’s a time limit, so you have to distract or kill zombies so they don’t interrupt Aiden’s animation. After restarting that part, I noticed that the panels were open, but pulling the lever did nothing. Little did I know that it was a visual bug — the panels were actually closed, and there’s a second, smaller button prompt.

Another example was when I was told to take out Bolters since they were supposedly carrying awesome tools and weapons. I did just that, only to realize that they dropped nothing. There were no items to pick up, and no new armament popped up in my inventory. 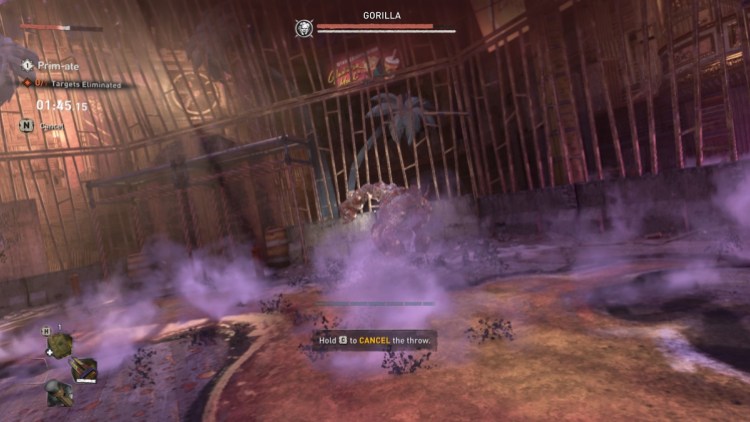 My idea of an expansion or DLC isn’t something that drastically alters the base game. However, it should still add something meaningful. Dying Light 2: Bloody Ties barely does that. I was looking for new combat or parkour skills, new takedown abilities, or character boosts that might fit the arena-style gameplay, but those didn’t exist.

In the same vein, the vast majority of DLC items were relatively weaker compared to what I had acquired beforehand. Apart from the Carnage Manica, an accessory/tool that you obtain at the end of the entire quest chain, the whole endeavor felt pointless and unrewarding.

This hodgepodge presentation became more noticeable when I did the stealth missions, where getting discovered led to failure. One basic mechanic in other games is how you’d distract enemies by throwing items or whistling. Here, you’ll simply go from one tall grass or furniture to another, with your fingers crossed that you don’t get spotted. 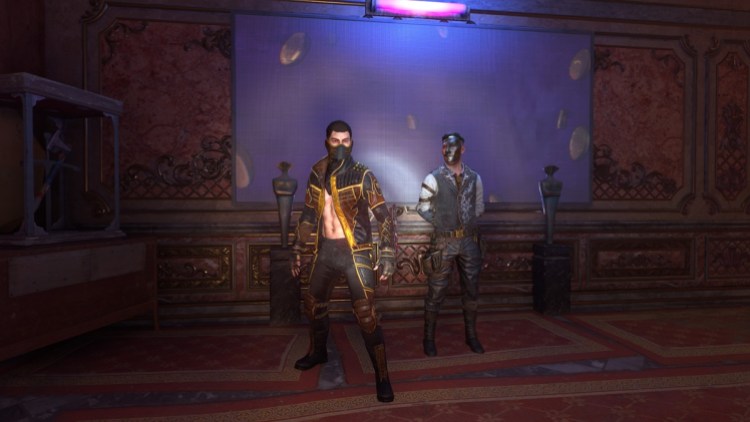 I’ve also experienced a lot of crashes. These occurred at various points in the campaign, sometimes after finishing a quest, and sometimes after fast traveling. I genuinely don’t know if my display settings had anything to do with it (I’ve got an Nvidia RTX 3080 and an Intel i9-10900K). What I do know is that I’ve experienced more crashes in five hours of this DLC than the entirety of the main campaign.

Perhaps the most egregious mishap is a game-breaking bug that ruined my save file. There’s a sidequest called “The Gilded Cage” where you’re supposed to sneak past guards. Again, getting spotted meant failing the mission. I got past a couple of enemies, but I had to lockpick a door. 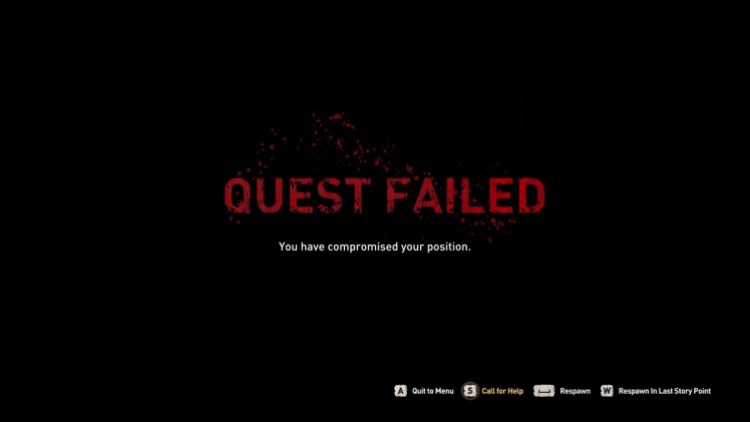 While doing that, I was discovered. The mission did not fail there. Instead, it allowed me to fight and kill the guard. Unbeknownst to me, opening that door triggered an autosave and, because my character was discovered beforehand, it led to a mission failure.

As noted in our review of the base game, Dying Light 2‘s reliance on a single save point, and an autosave at that, is extremely restrictive. How very fitting that this system now meant that reloading that sole save file always led to an instant mission failure loop. My only recourse was to rollback to a previous save-state where I had to redo an older quest, plus a couple of arena challenges. It didn’t even give me the option to just start from the beginning of “The Gilded Cage” as is. So, if you’ve spent countless hours already, and you’re still on the fence about this DLC, I suggest avoiding it for now until the major issues are fixed. 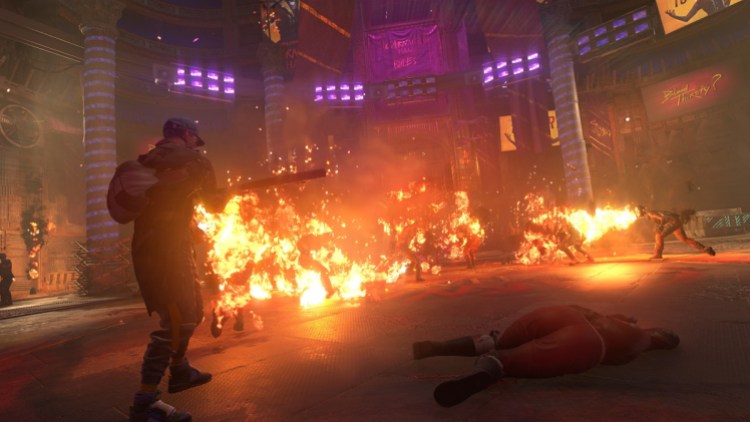 The first story DLC for Dying Light 2 takes you to an arena of death and mayhem.
3

The arena combat features in Dying Light 2: Bloody Ties are refreshing for a time. Unfortunately, the clunkiness and tediousness from the base game remains. Worse, there's a litany of crashes, and a game-breaking bug that can cause issues with your save.