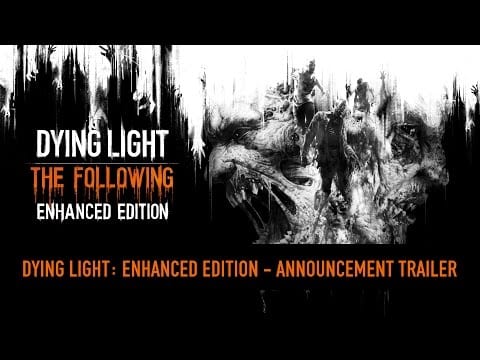 Dying Light’s ‘The Following’ expansion will be released on 6 February, along with an Enhanced Edition of the game. There are many and various combinations of how current owners of the original can wind up with Enhanced, but the short version is this: if you get ‘The Following’ (either through purchase or free with the Season Pass), you’ll also get the improvements of Dying Light: Enhanced Edition.

[Update 6 December]: Turns out you can just own the base game and get the (non DLC) enhancements for free too.

Yes. Everyone who already has the base game will get the Enhancements as well. All free of charge. https://t.co/PlYuA3qTHF

By the sounds of it, it’s going to be a kind of Game of the Year package (even though the trailer says it’s not that) combined with a Director’s Cut version of the game. Dying Light: Enhanced Edition bundles up all of the DLCs (including The Following) and prior freebie updates like the Nightmare Difficulty mode, then adds a few more things as well.

The updated version of the game will now have:

To get a bit more in-depth over the hows and whys of getting the Enhanced Edition, these are the variations. If you don’t own the game at all, that’s pretty straightforward – you can just buy Dying Light: Enhanced Edition and get everything.

Hopefully that made sense. Here’s a trailer that’s a bit less confusing.

Paragon has some gameplay now, is confirmed as a MOBA