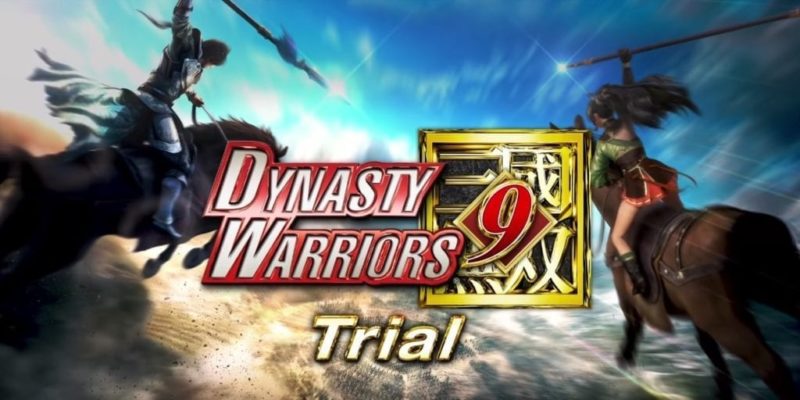 Well in case you haven’t heard, Dynasty Warriors 9 is back in the news, and for good reason. That’s because the free trial version of the game is available now on Steam. At least, that’s what Koei Tecmo’s announced on their Twitter page:

The Free Trial version of #DynastyWarriors9 is available for PC Steam.

Online Mode: Pick from a roster of 6 characters with 2 warriors rotating each day.

Story Mode: You will get to choose a maximum of 3 characters out of the 90 characters to experience a glimpse of the story. pic.twitter.com/6LlKa3LX3a

Strangely enough, however, I honestly could not find the free trial version anywhere in the Dynasty Warriors 9 Steam store page or even as a separate search. Then again, it could be because my account is for the Philippine/SEA store. Hey, thanks for delaying an Asian game for Asian fans, you Asian developer you!

I jest, of course, but other users are reporting that they can’t find it either, so Koei must’ve pulled the trigger early on that Twitter announcement. Part of me also thinks that they used the wrong tense “is [available]” as opposed to “will be [available].”

They did, however, release this trailer for the free trial version:

The Free Trials Of Zhuge Liang

In any case, when it does become available, the free trial version of Dynasty Warriors 9 will have the following:

It should, however, be noted that many lambasted Dynasty Warriors 9 when it originally came out. Long-time fans and critics considered it one of the worst titles that Koei Tecmo has ever released and a blight in the long-running franchise. Its Steam reviews are considered “mostly negative.” Yikes!

Another recent blunder for Dynasty Warriors 9 occurred just last week, when a patch was deployed allowing for two-player co-op. Players considered this far too late, given that the game released back in February. Worse, there were technical issues that forced users to roll back to a previous patch. They have since resolved this issue, but it’s one of the many woes that the game has had.

For whatever it’s worth, the Dynasty Warriors 9 free trial on Steam might be worth a try. You can experience the game without paying a single cent, at least. If you are, however, looking for some hack-and-slash/beat-em-up action, there’s always Warriors Orochi 4. We do think that’s a step up compared to Dynasty Warriors 9.

Meet The Curator In The New Man Of Medan Halloween Trailer

Did Vesuvius, The Second Expansion For Civilization VI, Just Leak?