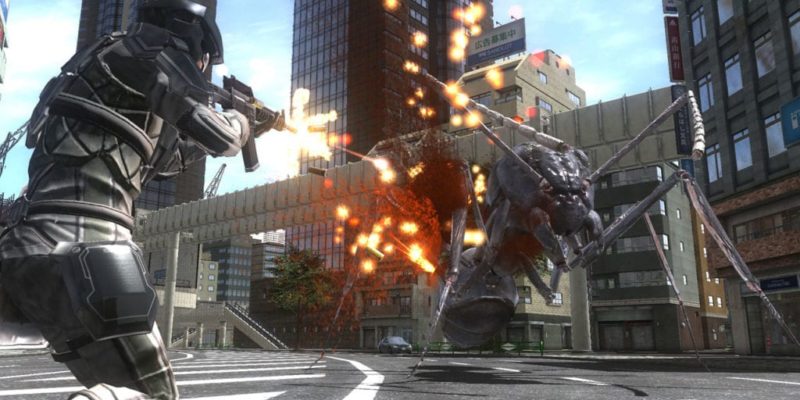 Some exciting and perhaps surprising news for lovers of shooting giant insect invaders to pieces; Earth Defense Force 4.1 will be released on PC (Steam) next week. 18 July, to be exact.

Earth Defense Force 4.1: The Shadow of New Despair (originally released on PS4 in April 2015) is a remastered version of Earth Defense Force 2025. The concept remains very much the same, though. You’re one of four EDF soldier classes, tasked with keeping the earth safe from giant, invading forces. Ants, spiders, and the like. And robots too, by the looks of it. It’s all very b-movie and thoroughly self-aware.

Online co-op play will be supported in the PC version, but there doesn’t seem to be any mention of local, split-screen play (often the case on PC, sadly). Update: It actually does list “shared/split-screen” on Steam. Not sure if that appeared later or I just missed it. Either way, a bonus.