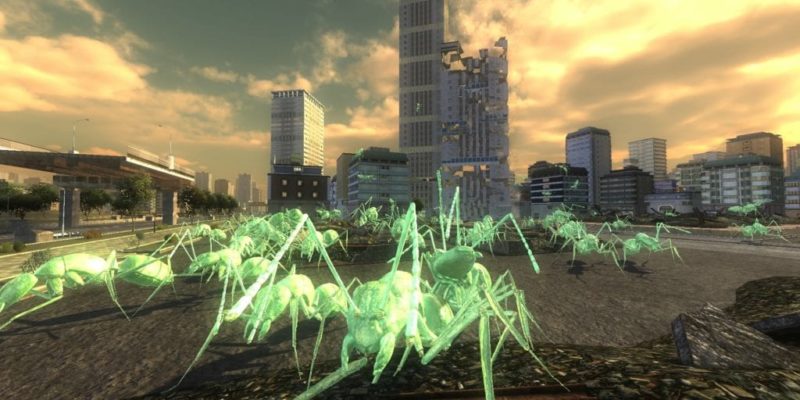 The PC version of Earth Defense Force 4.1 will be getting Mission Pack 1: Time of the Mutants early next week, as this accompanying page on Steam shows. 8 August is listed as the release date.

It adds 26 “intense” missions to EDF 4.1, some of which come from EDF 2025 and some of which are unique. According to the blurb, every one of them is “really, really, REALLY hard”. Based on the included screenshots, it seems like glowing green (possibly radioactive?) ants will feature front and center.

There’s no price on the EDF 4.1 Mission Pack just yet, but when it was released for PS4 it cost $10. In case you missed it last week, the PC version was recently patched to remove a region lock on co-op play (among other things).