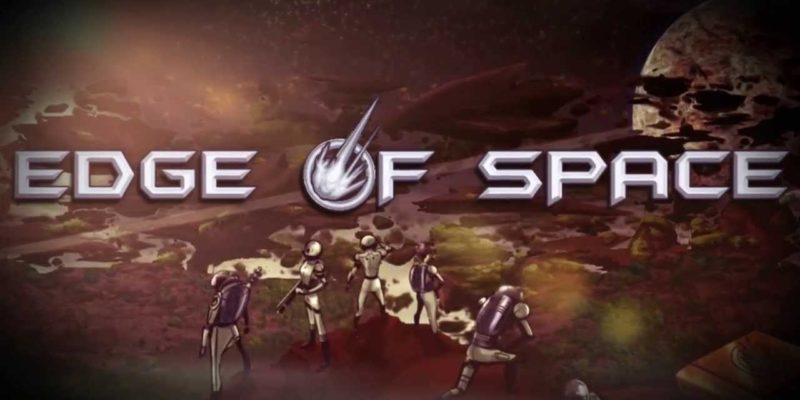 ArkCo space adventurers, get ready to join forces to conquer space! Reverb Publishing has announced today that the wild 2D sandbox, survival-adventure game Edge of Space is getting a fresh injection of life with full online cooperative multiplayer support. This major content update will also include a new Training mode and the first phase of the crossover content from the hit game Terraria. Now gamers can band together online to trek across unexplored landscapes, share resources to create wicked-cool weaponry and construct bases, battle wicked mutated monstrosities, and discover the first taste of the Terraria content.

You can read more and watch a trailer after the break.

“This is by far the biggest and probably most important content update for Edge of Space yet,” said Jake Crane, lead designer and founder of Handyman Studios. “Multiplayer support has been a long time coming and it’ll be awesome to see Edge of Space gamers team-up in some awesome co-op play. We’ve also added a ton more improvements to the overall look of the game, balanced gameplay mechanics, and even added a rewarding Training mode. Finally, we’re really excited to begin adding some of the cool Terraria content in this update and look forward to seeing our fans enjoy all the fun features.”

Available on Steam Early Access for the price of $12.99, for a limited time consumers can now enjoy a special “buy one, get one free” promotion to celebrate the launch of multiplayer and the first phase of the Terraria content.

“Set in deep space, Edge of Space is an open-world, dynamically generated sandbox survival-adventure game. Gamers start with only a laser pick and the gear from a crashed cryopod, and immediately start exploring and collecting resources as every piece of ore mined is used to fabricate survival equipment. Fight against an array of creative horrors including cybernetically enhanced Space Laser Sharks, vicious genetically evolved polar bears, and deadly quick Jet Pack Space Penguins – and those are not even the strangest monstrosities to encounter! At the absolute edge of space gamers must adapt or die – good luck ArkCo Operatives!”