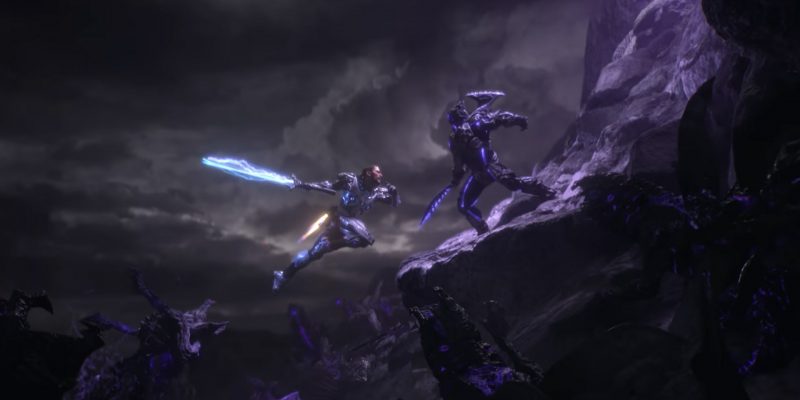 If you’ve been wondering exactly what ELEX II‘s combat would be like, well, wonder no longer, as the game has just had a new combat trailer drop showing off in-game action that gives us a better idea of the game’s fighting. The game is set for release on March 1, and is promising some major improvements on top of what the previous game had on offer, so there isn’t long at all to wait. Until launch, there’s even a special 10% off pre-order incentive for anyone that wants to jump in on day one without paying full price.

The trailer kicks off peacefully with birds flying overhead, people kneeling, and one character wandering around lost in thought. But then another character in armor is shown carefully walking outside in a large world before being attacked by a vicious beast. The trailer then cuts rapidly between various shots of the main character battling the game’s enemies, both human and machine alike.

ELEX II features such weapons as a sword and shield, bow and arrow, and a cruel-looking pink sickle weapon. Huh? That’s a bit unexpected. We also get to see a bit of fire magic, as a character drops in front of a bunch of foes and calls flames down upon them.

ELEX II is the long-awaited sequel to the 2017 original. The game is being developed by Piranha Bytes, well known for series such as Gothic and Risen, which are famous for their “Eurojank”-centric worlds and gameplay. The game, much like its predecessor, drops players in the open world of Magalan, which players will explore on foot and with a freakin’ jetpack. Returning players will see a familiar face as they once again take control of Jax as he fights to protect the world from the forces of darkness and attempt to find his missing son.

New “Cultures of Africa” DLC for Humankind to arrive next week

CoD: Vanguard and Warzone Pacific is getting an Attack on Titan crossover