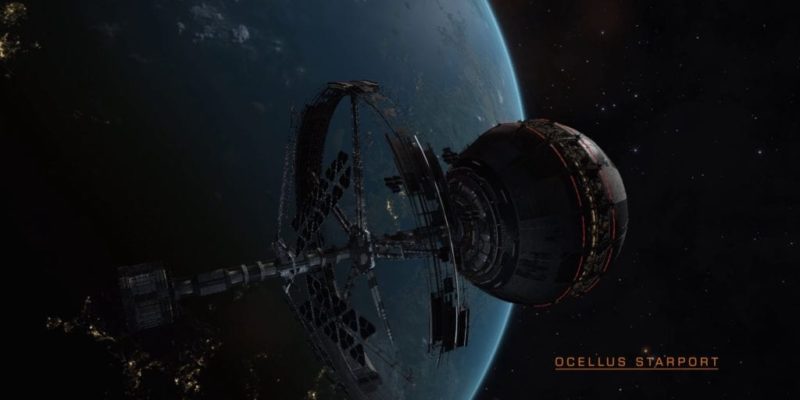 Following a week or so of testing all the new Elite Dangerous additions are now live.

Elite Dangerous v1.1 comes with quite a few new additions, including the ability to discover systems and have your name credited for the discovery, city lights on planets, a new gas giant shader, and let’s not forget the community goals.

In our last update regarding this patch during the beta test, site visitor Lirezh pointed out that there were problems with VR saying it was “unplayable on VR” due to too many players being around. This would ultimately lower the framerate, which in some can bring on motion sickness.

It’s been quite some time since the Oculus support in Elite Dangerous received any updates which has been a little disappointing, considering this is one of the few games that utilises VR incredibly well. Perhaps it will get some love in the future.

Players who backed the game and had beta access will probably have tested most of these changes out already, but if this is all new to you then check the v1.1 update notes. There’s a lot to list so jump through to page two if you want the details.

Bethesda gets its own E3 conference