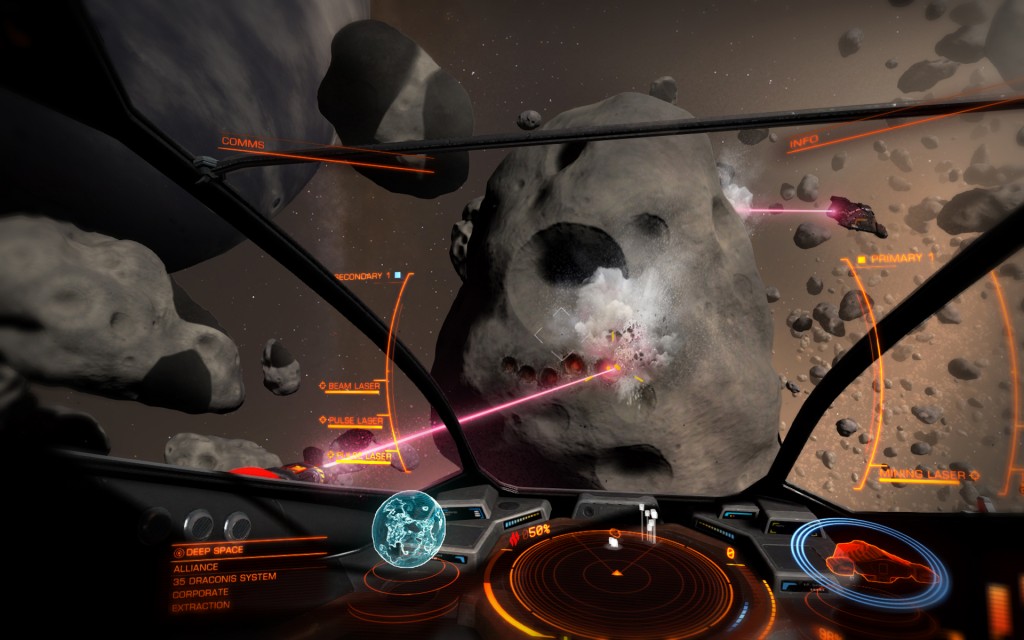 Mining is on the way.

The Elite: Dangerous servers are currently down while Frontier Developers imports Beta 3 for everybody to get stuck into. According to this thread about the process on the Elite: Dangerous forums, the servers were shut off at 19.30 GMT for a process that will take a minimum of two hours.

Update: It is now live. The launcher should allow you to download the latest Beta version.

Frontier is expecting “a similar release process to that of 2.0,” which means you may run into some issues with the initial Beta 3 release (it’s a pretty huge one, as we’ll see shortly.) As with Beta 2, smaller updates will be released in the coming days to address any uncovered problems.

If you want to see a massive wall of text, head over to the aforementioned forum post which lists the full changelog for Elite: Dangerous Beta 3. It’s long.

Here are the main additions though: