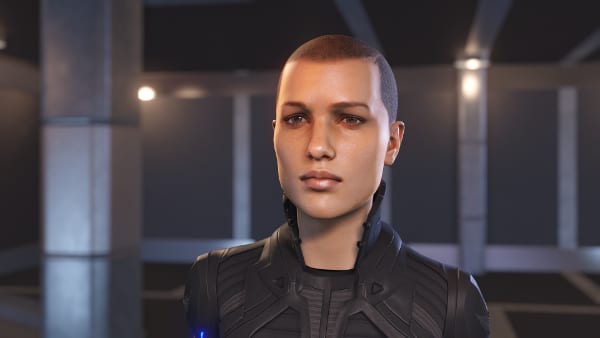 News galore about Elite: Dangerous’ upcoming Horizons expansion today, mostly courtesy of the latest newsletter (but also a bit from a livestream).

The banner activities in Horizons surround the planetary landings (and exploration), but Elite: Dangerous will be gaining a few more features alongside surface-centric buggy rides.

Multi-crew ships will become a thing in Horizons, allowing one player to fly the ship while the other mans turrets (and so on). The maximum crew numbers haven’t been announced as yet, but there are hints that AI crew could be hired to perform these roles too.

On a related note (as players may be able to fly these as part of the multi-crew system), it will be possible to store ship-launched fighters in the holds of larger vessels.

Since there’s a good chance you’ll be staring at people inside your ship a little bit more, Frontier are also introducing a ‘Commander Creator’ facial customisation tool to allow players to craft lovely face to match their helmet.

Though not directly related to Horizons, it was also announced today that in a forthcoming ‘Ships’ update (version 1.5 of Elite: Dangerous), the Viper Mk IV will be introduced. Anybody who backed the game’s original Kickstarter at “beta level or above” will get one of these ships for free.

And finally, bobbleheads. If you’ve ever wanted to see David Braben in glorious bobble-vision, your dreams will come true below.