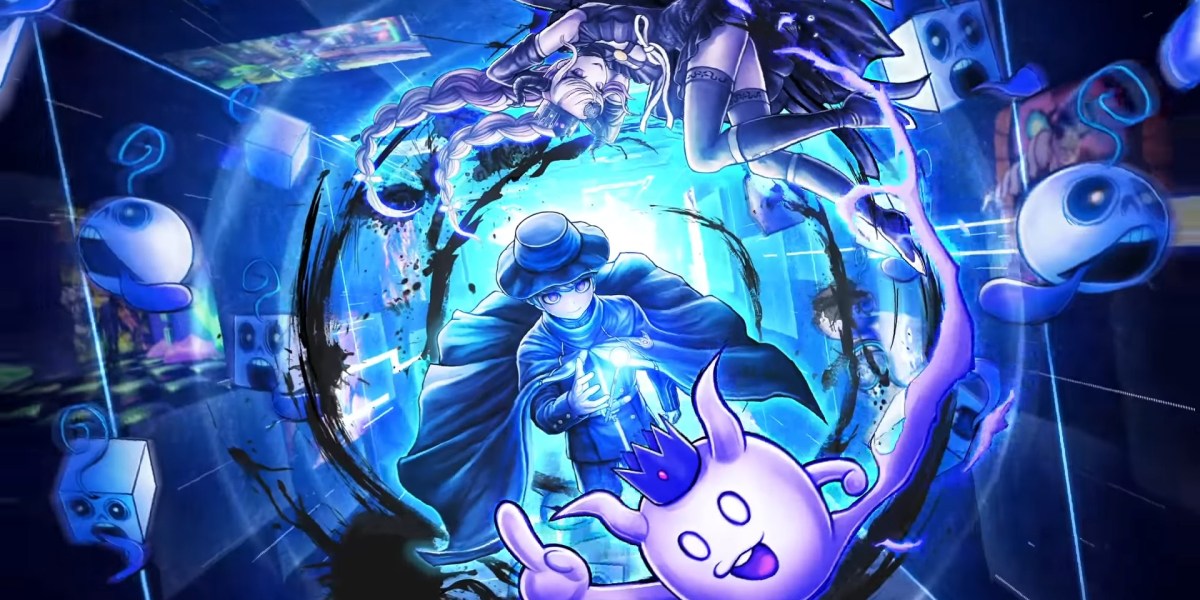 It’s a new semester for sixteen new students in a crazy murder game where you betray your friends! Just kidding, unfortunately. No, this isn’t Danganronpa 4, and you won’t be able to betray your friends in the same way you can in Danganronpa. This is Enigma Archives: RAIN CODE, a new “dark fantasy mystery” from the same developer. Fans of the Danganronpa series are sure to eat this one up, as it’s very reminiscent of the popular franchise.

That’s because the newly released trailer just oozes with Danganronpa flair. The creative team carries over, with Kazutaka Kodaka returning as scenario writer, Masufumi Takada as composer, and Rui Komatsuzaki as graphics designer. Yes, just about everything feels like this takes place in the Danganronpa universe. From the unique art style to the psycho-pop soundtrack, and even the iconic pink blood, this is not a huge departure from the twisted murder mystery we all know.

Rather than a visual novel, Enigma Archives: RAIN CODE looks to be a third-person exploration game, with slight Luigi Mansion vibes. The main character sports a sprout of hair on the top of his head, similar to every single Danganronpa protagonist in the franchise. A chaotic, big-bad-like figure encourages our hero as he explores some haunted-looking locales. There’s also a cute ghost flying around as you explore, which is nice.

Danganronpa hasn’t had a new unique entry in the series since Danganronpa V3, which came out about four years ago. I’m sure fans have been clamoring for a new entry for quite some time, and I’m certainly excited to jump into this crazy new world. But, everything about the game’s setup and location looks eerily familiar. Is there some connection we’re not seeing? We’ll have to wait to find out. Check out Enigma Archives: RAIN CODE’s teaser trailer below.