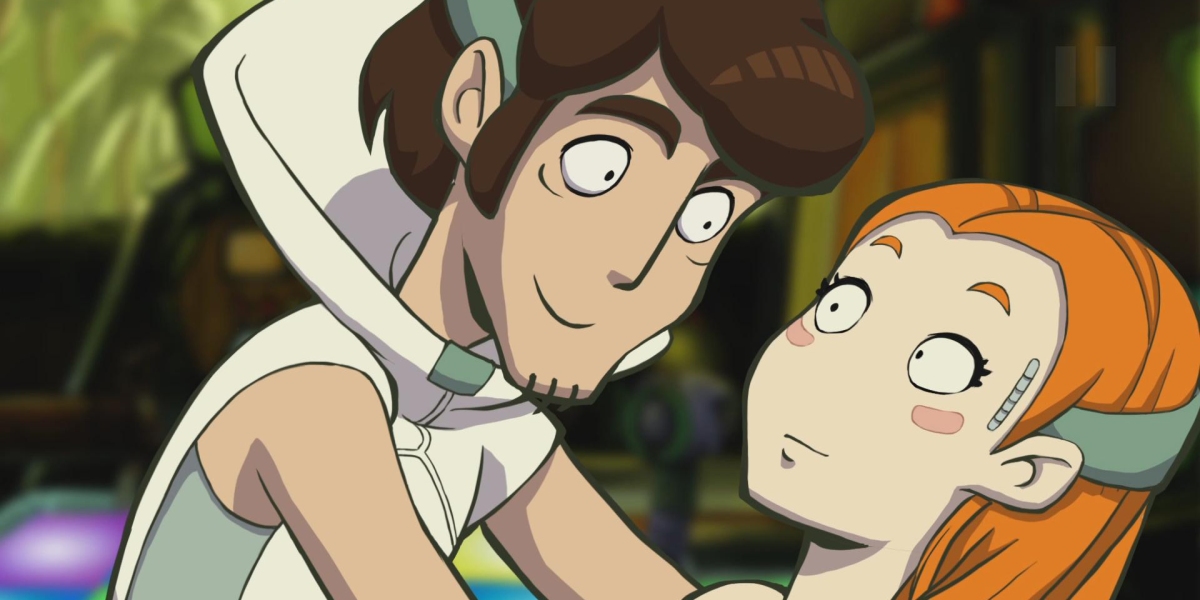 The Epic Games Store must be feeling generous, because it’s giving away a whopping three games for free on April 15. The current freebie, 3 out of 10: Season 2, will end that same day. Next week’s free games will include Deponia: The Complete Journey, Ken Follett’s The Pillars of the Earth, and The First Tree. Make sure to get your hands on these games when the time comes.

First in the lineup is Deponia: The Complete Journey, which puts players on a literal trash planet. The story follows a man named Rufus who falls in love with a woman named Goal after accidentally pushing her off an aircraft and onto said trash planet. Whoops. Players solve a variety of point-and-click puzzles to earn Goal’s love. The Complete Journey bundles the original three Deponia games with bonus content and developer commentary.

The second free Epic Games Store title of the week will be Ken Follett’s The Pillars of the Earth. This absolute mouthful of a game takes place in 12th century England, so it’s perfect for the history buffs. Based on the novel of the same name, this puzzle adventure follows three characters in Kingsbridge during the war. Both Deponia: The Complete Journey and The Pillars of the Earth hail from Daedalic Entertainment, the makers of the hit adventure Edna & Harvey.

Finally, David Wehle’s indie adventure The First Tree finishes the free game trifecta. This chill exploration game follows both a fox and a young boy as they search for their families. The First Tree is advertised as a choice for fans of Firewatch, Shelter, and Journey.

All three of these titles will be available for free from the Epic Games Store from April 15 to April 22.

There’s still six days left to claim this week’s Epic Games Store free title, 3 out of 10 Season 2. The episodic “playable sitcom” follows developers at the “world’s worst game studio.” Players follow the narrative adventure by completing various mini games and watching the animated show unfold. 3 out of 10: Season One is also available for free on the Epic Games Store for those who are new to the series.