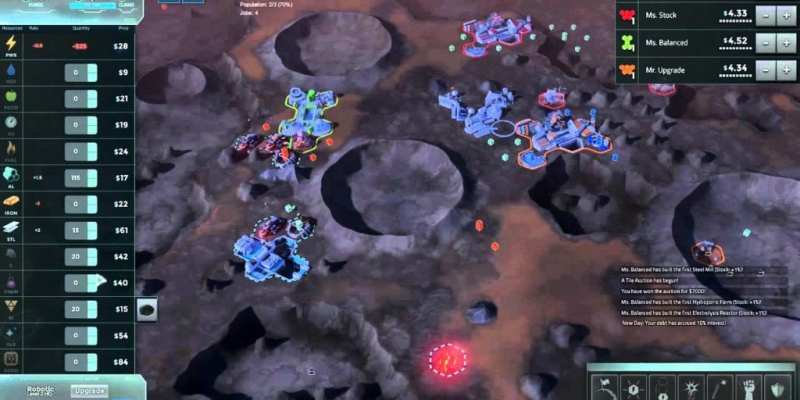 Another week, another couple of free games on Epic Games Store. This has really become a habit, and people are going to get cranky whenever it eventually dries up. But for now, courage! From March 5 to March 12 at 5:00 p.m. ET, you can add both GoNNER and Offworld Trading Company to your Epic account for the low, low price of absolutely nothing.

GoNNER is a roguelite platformer with bright, chunky pastel colors where you navigate procedurally-generated levels. Plus, it’s score-based and has leaderboards if you’re the kind of person that’s into those. Just a warning, though, as the game is rather tough.

The game has a very positive rating on Steam with 88% of the game’s 695 reviews recommending it. That makes it a real steal for, uh, free.

Epic’s other free game is Offworld Trading Company. Designed by Civilization IV’s lead designer, this title is an economic real-time strategy game set on a colonized Mars. In it, you directly compete with other Earth companies for Martian market share (Marsketshare?). Make sure you carefully observe the market, as your actions will have a noticeable effect on prices all around.

The game has a mostly positive rating on Steam, with 75% of reviewers recommending it. If you’re into RTS games, you should probably go ahead and snap that one up.

Those are the Epic Games Store freebies for this week. Make sure to check back next Thursday, as there are set to be three free games next time: Mutazione, Anodyne 2: Return to Dust, and A Short Hike. Now I’m off to ponder how much Epic has spent on all of these games they’re giving away. They must have at least seven vaults of money they swim around in as if it were liquid. You know they’re filthy rich, because metal doesn’t even work that way.