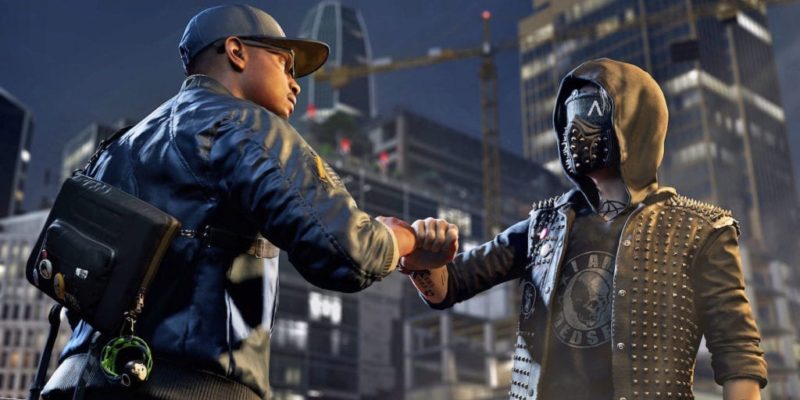 This week looked a little dull on the free games side of the Epic Games Store until this morning when things changed drastically. We seemed due for a single indie release called Stick it to the Man, but there were some hidden surprises clearly in the works. Ubisoft dropped Watch Dogs 2 for free again, and Epic offered up Football Manager 2020 as an additional game. Factor in Spellbreak, the popular new magic battle royale that’s free to play, and that’s a lot to offer.

Everyone should be familiar with the Watch Dogs franchise, but we’ll cover the premise for anyone who has yet to check out Ubisoft’s 2016 sequel. It’s another tech-heavy adventure that follows a group of hackers intent on carrying out the biggest data breach in history. The game takes place in the city of San Francisco, which Ubisoft painstakingly recreated. Anyone that’s familiar with the city should enjoy the sight seeing alone, but there’s plenty of action and adventure, too.

The sequel worked to improve on many of the shortcomings of the original and we found it “consistently good,” though “still trying to find its feet as a series and carve out its own niche in the open-world genre,” in our review. However, it still looks and plays great in 2020. You definitely want to give this one a try, especially if you like the Grand Theft Auto series.

Welcome to the league

Football Manager 2020 is perhaps a great choice to contrast the adventures and action in Watch Dogs 2. It’s a sports simulator that allows you to manage, plan, and customize your football (or soccer for us Americans) team. It includes everything from working with backroom staff to receiving fresh youth recruits in need of training and experience. It’s hard to put this one into words, so I’ll let the trailer do some of the talking.

As you can see, Football Manager 2020 offers a very in-depth experience for how to run a football club. You will mostly be planning and evaluating, but you can watch matches play out, too. If you see the sport as more of a science than entertainment, this free game is for you, courtesy of Epic.

Finish out with a zany adventure rich on style

Last up on the list is the wild indie title Stick it to the Man, which I talked about last week. When I said this one would be a challenge to describe, I wasn’t joking. It’s about a hard-hat worker named Ray who wakes up one day after an accident and discovers he has gained super powers. He also has a giant pink spaghetti arm sticking out of his brain. Anyways, he has the power to read minds and alter the world, which you will see more of during the gameplay.

It sounds like somewhat of a bizarre experience that hipsters might rave about, but it’s actually quite good and soothing at the end of the day. The art style is distinct, the characters are charming, and the narrative is rich with development. Just listen to the soundtrack in the trailer and see how the game quickly sets you in the mood to enjoy it.

That’s it for this week’s free games on the Epic Store, but next week already looks promising for those who like simulators and managers. None other than the iconic Roller Coaster Tycoon 3 will be available for you to scoop up. Also, don’t forget that you need to claim all of this week’s games before September 24 at 11 AM ET.