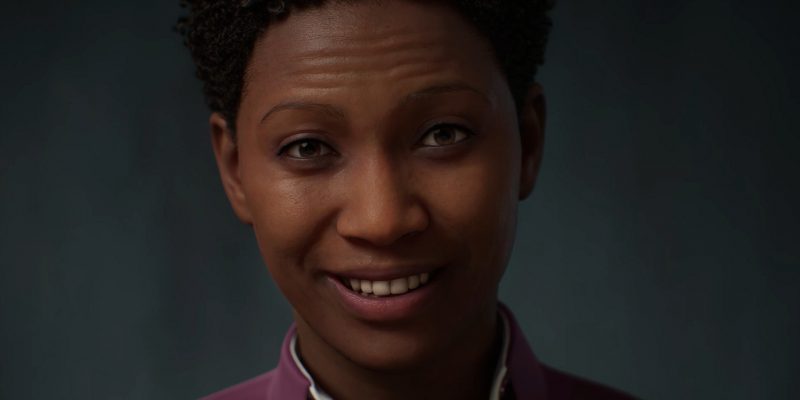 As the years chug on and games continue to evolve, there’s always one thing you can count on taking leaps and bounds. Graphics are the least stagnant part of gaming, something that is an endless competition. And while big players like Nvidia and AMD are always pushing forward the hardware that lets graphics improve, software is also constantly improving how games look. Take one look at the new MetaHuman creator that’s coming with Epic’s Unreal Engine and you’ll know what I mean.

Revealed today, the MetaHuman creator will let Unreal Engine users quickly create “compelling real-time digital humans.” Admittedly, these characters are remarkably realistic, just barely avoiding the uncanny valley. A video showing off the high-fidelity digital humans shines a light on the insanely detailed characters. Every character seemingly has a story written on their face. Whether it’s in the multiple shades of grey hair on an old man or the wrinkles on their faces, each is incredibly lifelike.

Another point of attention across all these characters is their eyes. Eyes are and have always been, an extremely difficult thing for games to get right. Most of the time they’re lifeless little balls of white set in a character’s face. But the models made in the Unreal Engine MetaHuman creator actually have life-like eyes. They dart around and flitter much like a normal human’s, and that’s just impressive.

When will MetaHumans populate our games?

While this tech is undeniably cool, there’s still the question of how useful it actually is. We’ve already seen some examples of high-fidelity humans in games. Epic offers up the example of Hellblade‘s Senua from a 2019 trailer. Going back and looking at that trailer today, it’s still incredibly impressive. However, that render of Senua was just an early iteration of MetaHuman tech.

These new MetaHumans are much, much more detailed than Senua was back in 2019. And seeing how we haven’t seen anything nearly as detailed as Senua in recent games, or at least, not during gameplay, it’s likely that we won’t see these MetaHumans for years to come. I certainly wouldn’t expect to see them on this console generation’s hardware at the very least. While this tech is incredibly impressive, right now it just doesn’t seem viable for any available hardware.

Warzone solos — The best guns to use in one-on-one

Stalker 2: Heart of Chernobyl is coming April 2022, has gameplay trailer

By Greg Bargas17 mins ago
News