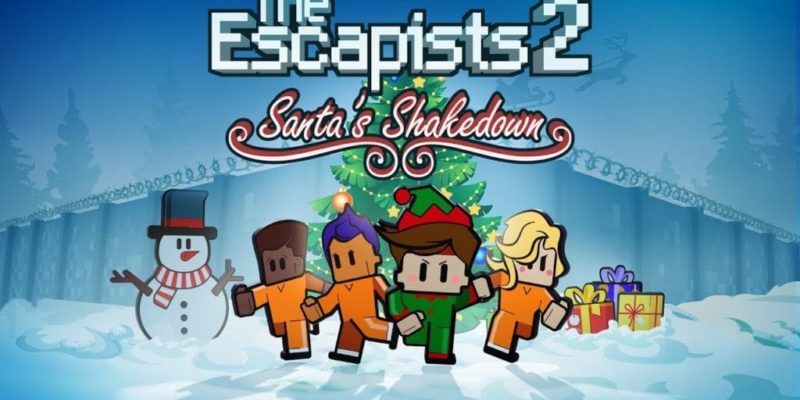 The Escapists 2 has released a new, free level alongside another patch for the prison escapology game. In ‘Santa’s Shakedown’ you’ll be figuring out how to free yourself from a snow-laden jail during the festive period.

Looks like the Warden has an obsession with putting on a Christmas pantomime. The former sports hall has been converted into a theatre, and there are costumes everywhere. I’d say that pantomime horse looks rather promising for somebody hoping to secure their freedom. See more of Santa’s Shakedown in the trailer, below.

As mentioned, The Escapists 2 has also been patched today. Full notes are below as well.